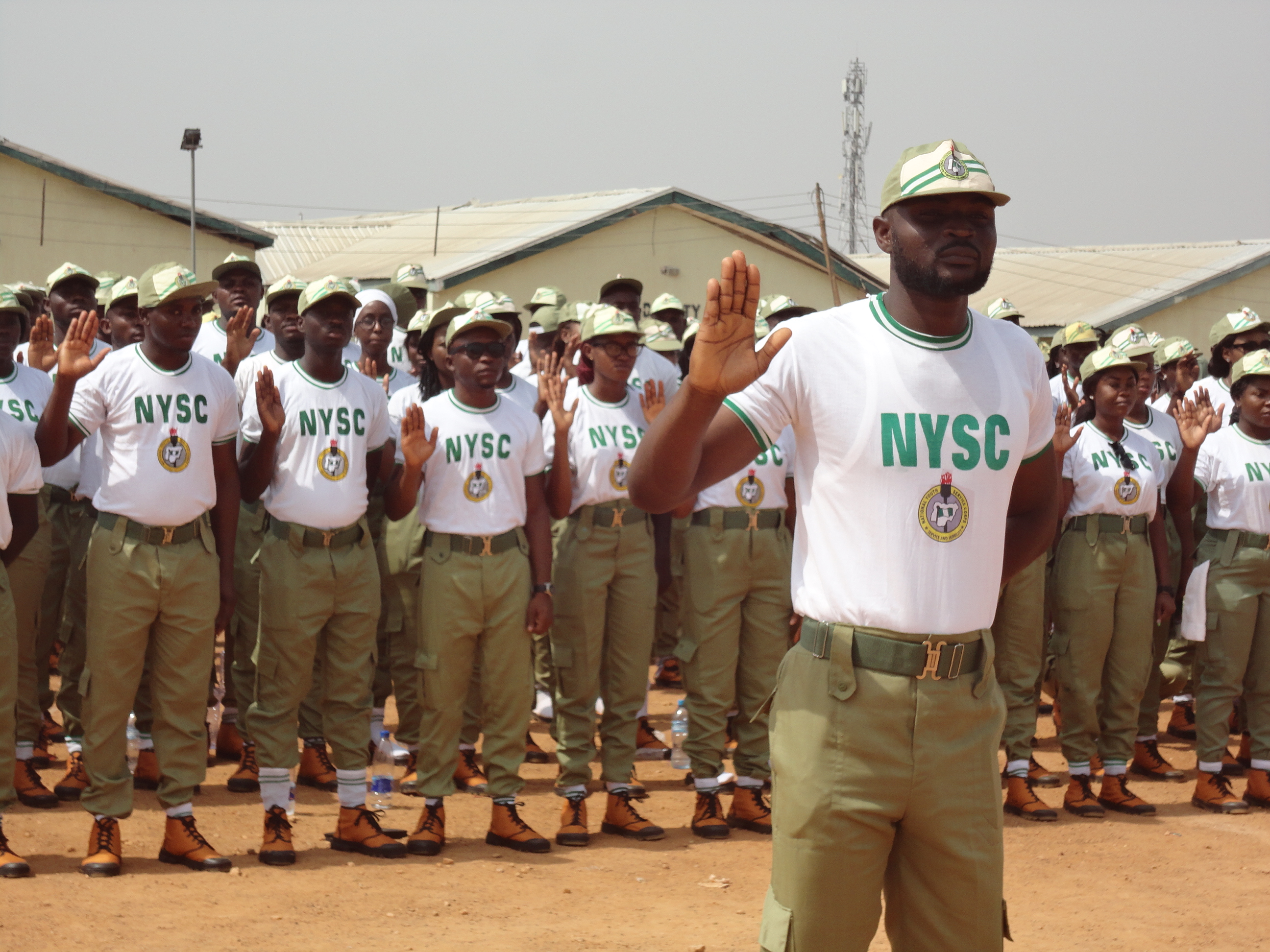 The 2020 batch  ‘A’ stream 1 corps members have been sworn in with a warning to maintain height personal hygiene while also avoiding frivolous movements outside the camp to avoid contacting COVID -19 or coronavirus which is super contagious.

Speaking during the swearing in of the corps members at the NYSC orientation camp in Kubwa,Abuja, the minister of state for FCT Dr Ramatu Tijjani Aliyu also called on them to stay out of alcoholic beverages, illicit drugs and or cigarette smoking throughout the camping period as the Federal Government ban on these substances and products in stadia and orientation camps nationwide remains in force.

Represented by Mrs Dilichukwu Onyedinma, the minister urged the corps members to hold unto the senses of Patriotism, commitments, determination and discipline, while assuring of their security and general welfare which she said is of utmost priority.

In her welcome remark, the chairman NYSC FCT governing board Mrs Dilichukwu Onyedinma represented by Hajia Hajarat Ibrahim called on the corps members to respect and cooperate with camp officials, along with being resolute and tolerant of others despite their religious and ethnic background.

In her introductory address the NYSC FCT coordinator , Hajia Walida Isa Siddique thanked the minister of state for FCT for her unwavering support to the NYSC and went on to assure of the health of the corps members saying the scheme is in touch with NCDC and the ministry of health to ensure their health at the orientation camps across all the states of the federation including the FCT by providing hand sanitizers, hand washing basins , hand held screening devices. Hand sanitizers etc.