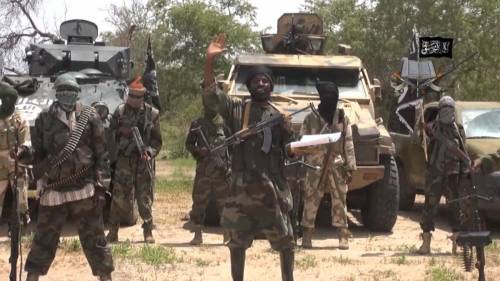 A circular on the alarm titled: “Re: Intelligence on national security”, disclosed that the insurgents are planning to carry out coordinated attacks on five identified locations, The Sun reports.

The internal memo, signed by the Comptroller of Enforcement at the NCS headquarters, H. A. Sabo, stated: “Information reaching the Comptroller-General of Customs (CGC) reveals the existence of Boko Haram Terrorist Camps (BHT”s) in and around the Federal Capital Territory.”

According to the memo, further reports show that they are planning to attack selected locations within the FCT and environs.

The insurgents have reportedly set up their camps in some identified enclaves.
The identified locations include: Kunyam Bush along airport road off DIA Staff Quarters-Abuja Robochi/Gwagwalada Forest Kwaku forest, Kuje, Abuja Unaisha forest in Toto local government of Nasarawa state and Gegu forest, close to Idu town in Kogi state.

Sabo warned officers to be at alert and security conscious of their environment at all times.

Reacting to this, presidential aide, Garba Shehu, confirmed that the customs had generated some intelligence that raised security concerns.

This Day reports Shehu as disclosing that the Customs boss, Col. Hamid Ali (Rtd), has already alerted and drawn the attention of those concerned to certain discoveries of security nature.