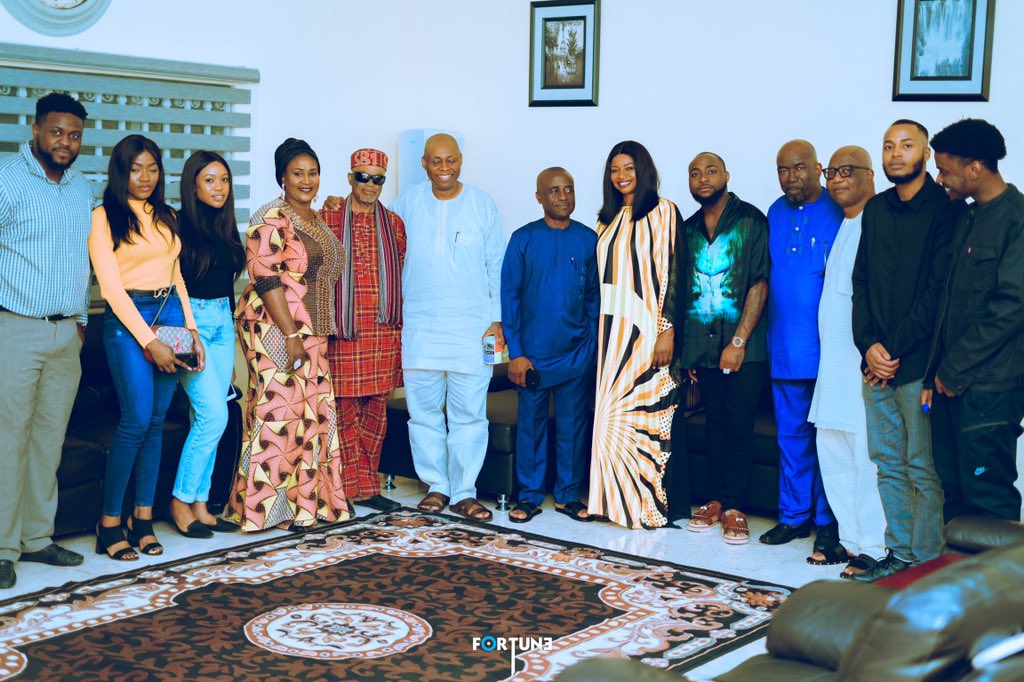 Popular Nigerian singer, Davido has stirred reactions online over his engagement to his girlfriend, Chioma.

Davido on Monday night announced his introduction to his lover, Chioma’s parent.

In a picture shared by the singer on his Instagram page, Davido showed that he took his dad to Chioma’s parent’s house for the introduction.

He wrote, “First of all, Introduction.”

Confirming the development, Chioma wrote, “I am the happiest woman on earth.”

His announcement has since stirred reactions from fans and Nigerians on social media.

@Iyandaedu “Davido keeps using his relationship with Chioma to create relevance for his music career. There is no Introduction and marriage happening soon.Nigga wants to drop another lame music. I might be wrong.”

@Demgotyre “I remember Bitter Leaf FC talking about Davido dumping Chioma when she becomes a babymama. You all now see no one has the manual of life. Congratulations to them.”

@Iam_wilsons “The Adelekes have got deep rooted love for Igbo women. Congratulations, David.”

@Vinz6199 “This will be the biggest wedding in d history of Nigeria!

@Abramamausu78 “Davido no de ever fall my hands, I swear you’ve made me so confident amongst my haters despite their efforts, Ican still walk Tall!

@therealdeola “Im so excited! Davido I’m Proud of you.”

@Adakunomso “Igbo girls would hold you and you’ll never know sorrow again. see our sister has cured the Yoruba demon.”

@Mz_ilu “Congrats KING. You are putting it the way it should be. He who finds a wife, finds a good thing.”