Davido, three other Nigerians to star in 'Coming to America 2' 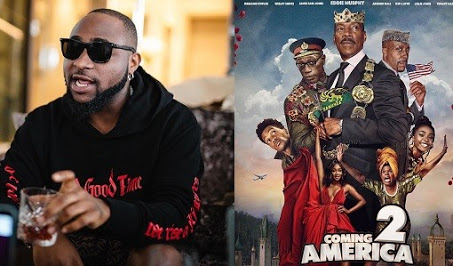 Four showbiz personalities of Nigerian descent led by Davido have made it to the final cut of Eddie Murphy’s highly anticipated film, ‘Coming to America 2’.

This was made known after the cast of the film was released. Directed by Craig Brewer, Davido makes a cameo appearance in the film where he performs his hit song, ‘Fall’ in the film as a stage performer in the film.

Lola Adamson is another Nigerian, plays the role of a citizen of the fictitious African country, Zamunda, where Eddie Murphy comes from.

The fourth Nigerian on the bill is Olaolu Winfunke. Winfunke plays the role of a royal manager in the highly anticipated sequel. Winfunke was born in Chicago, Illinois but raised in Lagos, Nigeria. He has worked on a few projects and has appeared in many well-known films and series on major networks.