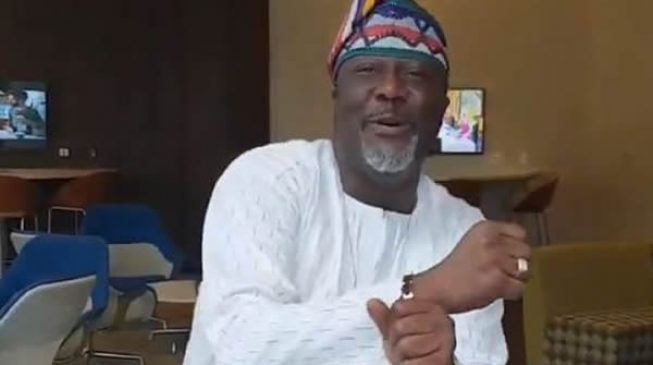 The defeated candidate of the Peoples Democratic Party (PDP) in the election rerun for the Kogi West senatorial seat, Dino Melaye, has released a new song amid his current travail.

Melaye posted the video of him dancing as he sang hours after he reacted to the outcome of the election.

The former senator who sang in Yoruba expressed optimism that God is not man and does not reason the way human beings do.

He noted that even when the world says one’s life has no meaning or the prophets claim ones life is meaningless, their thoughts or predictions are not same as what God holds.