Dino reacts to sack by tribunal, says no shaking 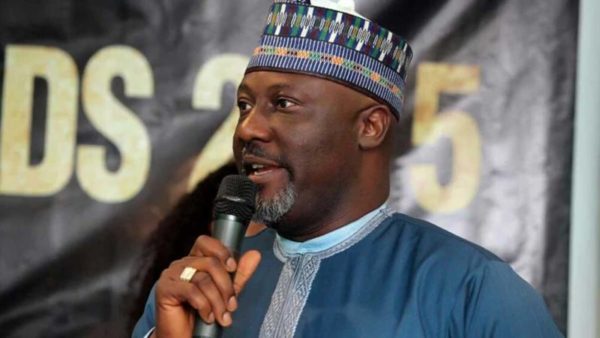 The National and State Assembly Election Petitions Tribunal sitting in Lokoja have sacked Senator Dino Melaye as the Senator for Kogi West.

In its judgment, the tribunal ordered fresh conduct of elections in the senatorial district.

But reacting to the judgment, Senator Melaye appealed to his supporters to remain calm saying, “no cause for alarm.”

Dino who is vying for the governorship position of the state, said even if the ruling was in his favour, it would have been appealed.

He insisted that there would be fresh senatorial election in the district and that he would be the next governor.

Senator Melaye was declared winner of the February 23 election by the Independent National Electoral Commission (INEC) on the platform of the People’s Democratic Party (PDP).

However, dissatisfied with the outcome of the election, his challenger from the All Progressive Congress (APC), Senator Smart Adeyemi asked the tribunal to nullify the election on the grounds of alleged malpractices and other electoral irregularities.

In its unanimous judgment on Friday, the three-man panel of justices annulled Dino’s election and ordered a fresh election to be conducted in the affected district