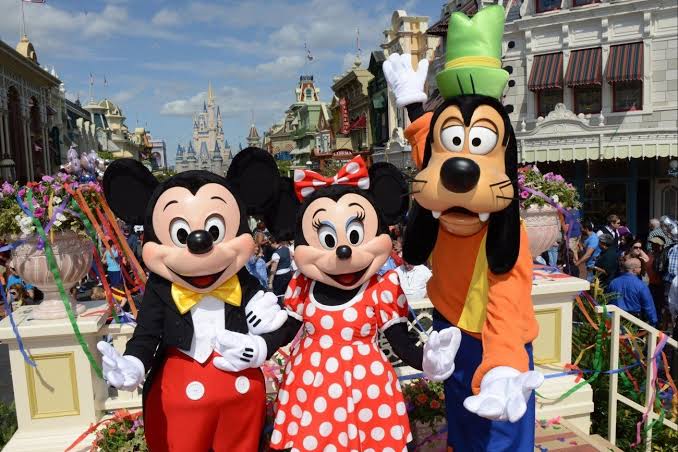 A woman dressed in a Minnie Mouse costume appeared to punch a security guard before two others – dressed as Mickey Mouse and Goofy – intervened to break up the fight.

The bizarre scene unfolded on the Vegas strip and was later posted to social media, where it received 3.6million views on Twitter.

It’s unclear why Disney’s character-filled fight broke out with the female security guard, but the situation appears to escalate quickly.

In the clip, the security guard approaches the Minnie Mouse and the pair begin to trade blows.

Minnie’s mask quickly falls off before she grabs the guard’s hair and starts serving hammering blows to her head, reports the Daily Star.

The fight is taken to the ground before two men, one in a Mickey Mouse costume and another in a Goofy costume attempt to break the fight up.

During the heat of the fight, Minnie appears to punches Mickey while he tries to stand in the middle of the two women.

Somebody, thought to be a passerby, also attempts to calm the fight, but to no avail.

Goofy manages to push Minnie Mouse away to end the vicious fight.

The woman takes off her mouse costume feet before storming away from the street fight scene.

A crowd of onlookers can be seen watching the fight in amazement.

After being uploaded to Twitter, thousands have commented on the clip.

One person said: “I always knew Minnie wasn’t one to mess with.”

Another added: “This is a different side to Disney than I was brought up on.”