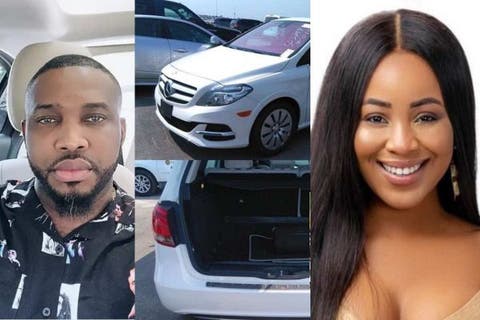 An instagram car dealer and fan of Erica Nlewedim promised the actress a car and two million Naira.

A Gofundme account was also set up for Erica, which had some Nigerians contributing to support her.

Erica was disqualified from the show after she got a strike from Biggie for violating the house rules.

However, she has since gotten some support from fans and celebrities who have promised her so many things.

Also video of her pouring water on the Head of House (HoH) bed in order to stop Prince, who is her deputy from sharing the lounge with her, was played.

Biggie said Erica’s actions violated article 18 of the rule book and disqualified her from the show.