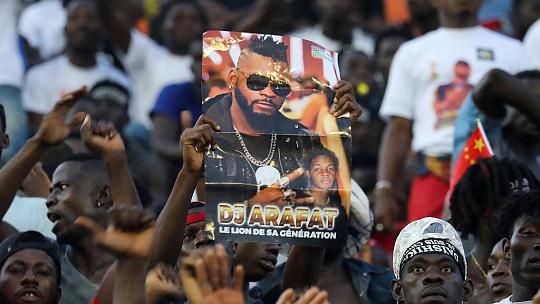 Twelve people have been arrested by authorities in Ivory Coast over the forced invasion of the grave of late music icon, DJ Arafat.

A statement by the Mayor of Abidjan, Vincent Tohbi Irié, said “investigations will continue for the arrest of all culprits and to locate the responsibilities at all levels.”

The burial ceremony last Friday of the musician turned chaotic after his fans stomped his graveyard with the Mayor’s office referring to the incident as a “desecration of the tomb” of the musician.

Reports say unhappy to be kept away from seeing the last remains of DJ Arafat, some fans forcefully opened his grave and coffin before taking photos and videos of the corpse and subsequently posting same on social networks.

The crowd had overwhelmed the police officers securing the grave.

This happened after an overnight funeral concert where tens of thousands paid tribute to the King of the off beat coupé decale in a stadium in Abidjan.

The artist died on August 12, 2019 as a result of a motorcycle accident.