Drugs Disguised With Pictures Of Russians Putin Intercepted In Libya 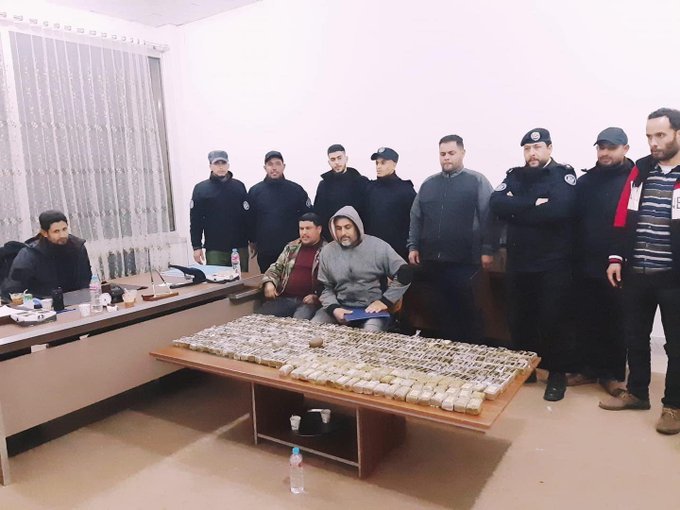 Libyan authorities announced they had discovered 323 bars of hashish stamped with a pictures of the Russian President Vladimir Putin on Libya’s eastern shores, the local monitor The Libya Observer reported on Saturday.

The hashish was found on a beach by a local resident following a similar finding that took place a few days ago.

The bars of hashish were stamped with pictures of the famous Colombian drug lord Pablo Escobar and washed ashore near two other towns in eastern Libya.

The near-simultaneous findings are likely linked to the sinking of a smuggler’s boat.

This represents a portion only of the vast quantity of drugs thought to circulate through Libya, with the backing of warlords who generate profit from this illicit economy.

Libya has also become a transit point for growing quantities of captagon smuggled from Syria and heading to North African and European markets via the Mediterranean.

Large quantities of the drugs have been seized there and in Egypt over the past few months.

Related Topics:#SosscopeLibyaRussiaVladimir Putin
Up Next