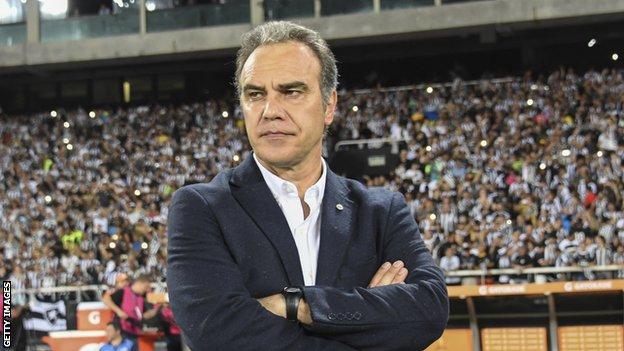 Martin Lasarte was appointed as Al Ahly coach in December 2018

Egyptian giants Al Ahly sacked their coach Martin Lasarte on Sunday, a day after being knocked out of the Egypt Cup.

Ahly lost 1-0 to Pyramids on Saturday in the last-16 of the tournament.

The club confirmed that Lasarte’s future was discussed at a meeting on Sunday afternoon as part of a review of the season.

Lasarte was sacked despite guiding Ahly to this year’s Egyptian Premier League title with a game to spare.

Ahly thanked the Uruguayan for his time at the club and said his assistant Mohamed Youssef would take charge of the team until a “foreign technical director” is recruited.