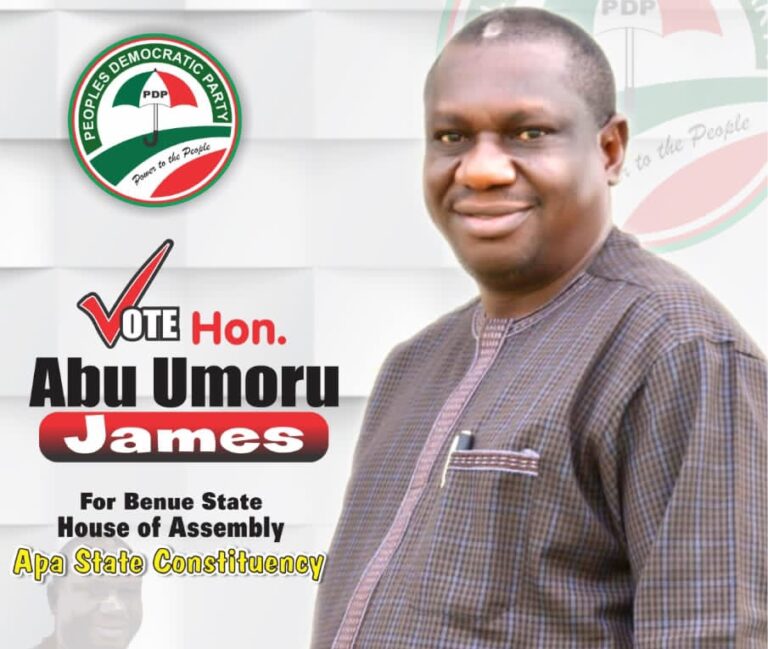 In a very peaceful party primaries conducted by the people’s democracy party PDP, Honorable Abu James Umoru has emerged the flagbearer for Apa state constituency in the forthcoming polls come 2023.

The primaries which held on Saturday in Ugbokpo, saw Hon Abu James Umoru the incumbent member defeating hon Adobunu Matthew and Architect Ibrahim Danladi with 21 votes to the 9 and 4 votes respectively.

Addressing his supporters after emerging victorious Hon Abu Umoru thanked the delegates and all for giving him the victory which he said shows he has brought home democratic dividend.

Hon Umoru in his remark cautioned his supporters not to join issues with any of his opponent and their supporters said he would reach out to them so that a as family they can ensure a resounding victory for the PDP in the general elections come 2023.

In a separate remark the Pdp chairman Apa local government, Joseph Otokpa described the conduct of the primaries as peaceful, free and fair.