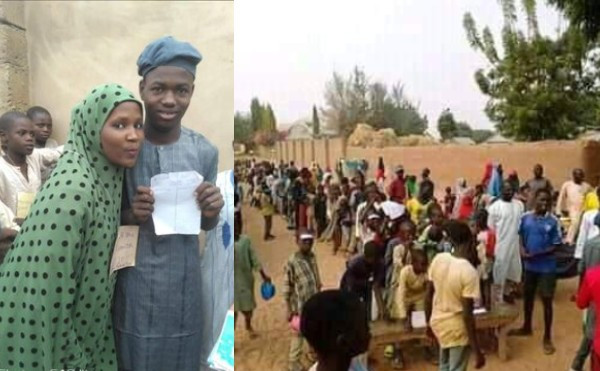 A social media user identified on Twitter as Mubarak Umar, recently humored members of the internet community after sharing the story of a lady in Bauchi state who could not make the decision about who she wanted as a partner. According to Umar, the lady identified as Khadija, fell in love with two young men but had trouble picking the lover she wants to be exclusive with.

To help herself from the dilemma of the heart, a confused Khadija approached the elders of Giade town in Bauchi and requested that an election be held to decide which lover would have her heart.

Luckily for Khadija, the decision eased her dilemma, as a lover identified as Inusa scored the highest votes in the election, thereby making him Khadija’s supreme lover.

Shortly after, Umar returned with the claim that he spoke with Inusa, who made it clear that he was not afraid of the other lover, Ibrahim, taking him to court because the election was properly conducted and supervised.

Umar returned yet again with another tweet claiming that the defeated lover, Ibrahim, had concluded every arrangement to challenge the outcome of the election.