#EndSARS: PENGASSAN, NUPENG to FG 'Produce Perpetrators Of Killings Or We Withdraw Services' 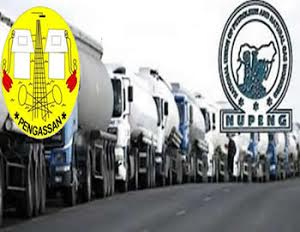 The Petroleum and Natural Gas Senior Staff Association of Nigeria (PENGASSAN) has threatened to withdraw its services nationwide to honour Nigerian youth killed during the use of live bullets on peaceful #endSARS protesters in Lekki, on Tuesday night; if the government failed to immediately produce the perpetrators of the dastardly act.

Both PENGASSAN and the Nigeria Union of Petroleum and Natural Gas (NUPENG) condemned the killing of the innocent people and declared that their hearts bleed for Nigerian youths.

PENGASSAN in a statement by its President, Comrade, Festus Osifo and the General Secretary, Comrade, Lumumba Okugbawa,said that it would hold its National Executive Council (NEC) meeting with a view to withdraw its services across the country.
According to PENGASSAN, “in view of the gruesome killings of unarmed protesters by armed Military personnels as seen on social media, at the Lekki toll gate last Tuesday night (20/10/2020), the Petroleum and Natural Gas Senior Staff Association of Nigeria (PENGASSAN) has viewed these images of shootings of peaceful #endsars protesters not just at Lekki toll gate but all over the country with sadness, heavy hearts  and deep concerns for our Nation.