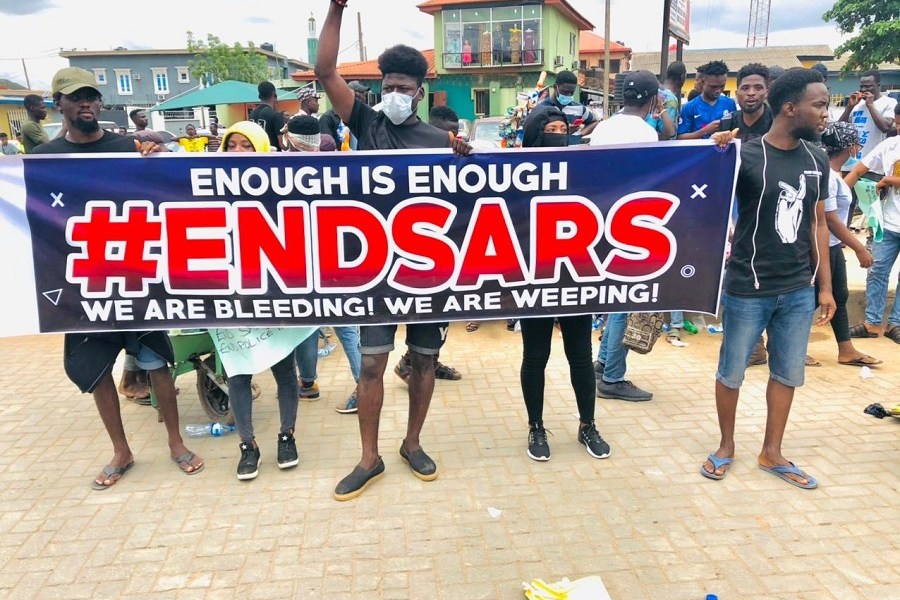 Youths calling for a total overhaul of the Nigeria Police Force have launched an online radio, Soro Soke, The PUNCH has learnt.

The channel is expected to aid the coordination and communication of the #EndSARS protesters nationwide.

When our correspondent tuned in to the station around 1pm on Sunday, programmes and live reports of missing and found #EndSARS protesters were heard on the radio, https://s4.radio.co/s99d55c85b/listen.

Songs calling for a reformed Nigeria were also heard on the station.

The PUNCH had reported Tuesday that the Presidential Panel on the Reform of the now-disbanded Special Anti-Robbery Squad approved the five-point demands put forward by the youths protesting against the brutality and extrajudicial killings by ex-SARS operatives.

Although the Inspector-General of Police, Mohammed Adamu, scrapped the police unit last Sunday and announced a replacement, the protesters want the police authorities to carry out psychological evaluation and re-training of all disbanded SARS officers before they are redeployed.

They demand the release of all arrested protesters, justice for all deceased victims of police brutality and appropriate compensation for their families. They also want increased salaries for police officers as well as the establishment of an independent body to oversee the investigation and prosecution of all reports of police misconduct.

The government and some business leaders had tried to persuade the youths to leave the streets but the protesters have insisted that until the government implement their demands, the demonstrations would continue.

Related Topics:#EndSARSonline radio
Up Next