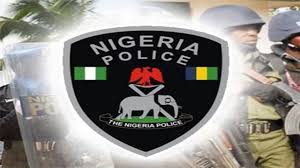 The Police Command in Enugu State has arraigned the traditional ruler of Obeagu Ugwuaji, Awkunanaw Autonomous Community of the state, Igwe Christopher Nyia for alleged attempted kidnapping, among other charges.

According to the News Agency of Nigeria (NAN) Nyia, 60, was arraigned before an Enugu South Magistrates Court presided over by Mr A. P. C. Amalu on four count charges, allegedly committed with others at large in November, 2014.

He was said to have conspired to commit misdemeanor to wit: malicious damage/unlawful detention, thereby, committed an offence punishable under Sect. 517 of the Criminal Code Act, Cap. C38, Laws of the Federal Republic of Nigeria.

Nyia was said to have willfully and unlawfully destroyed the house of one Hillary Okoye valued at N1.6 million and committed an offence punishable under sect. 451 of the same law.

He was said to have also unlawfully detained one Chinaza Agah against her will and, thereby, committed an offence punishable under Sect. 365 of the Criminal Code Act.

The last charge was that the monarch attempted to kidnap one Chinaza Agah and, thereby, committed an offence punishable under Sect. 86 (1) of the Criminal Code Act.

When the charges were read, the monarch pleaded not guilty and elected for summary trial.

The defense counsel, Prof. Osita Ogbu applied for the quashing of the charges against his client on grounds that the case had earlier been heard and dismissed by an Enugu Magistrates Court in 2016.

Ogbu said the case was dismissed due to lack of diligent prosecution.

The counsel, who tendered the certified copies of the proceedings, said it was surprising that the prosecution would bring up the matter again.

The defense counsel also said the laws on the basis of which his client was arraigned, did not apply to Enugu State.

He said the law was a creation of the National Assembly adding that the body had no constitutional powers to make laws for an offence applicable to Enugu state.

Ogbu said that criminalisation was a residual matter under the 1999 Constitution and amended except in treasonable felony.

He said his client was charged under the criminal code applicable in Abuja, adding that Enugu State had its own Criminal Procedure Law.

He said“The powers to enact general criminal laws are incidental which is not applicable here. These offences are under the legislative powers of the state assembly.”

He said that under Sect. 36 (12) of the 1999 Constitution as amended, “a person could only be brought to the court for an offence prescribed by a valid law.

“We urge the court to quash the charges and discharge the accused person as he is not charged under any valid law,” he said.

Ogbu, however, applied for the bail of his client should the court find no valid reason to quash the charges.

He said that the monarch was conscientiously attending court proceedings even when the prosecution was not attending prior to the initial dismissal of the case in 2016.

However, the prosecution counsel, Mr D. T. Abi opposed the bail application on the grounds that the allegations were heinous.

Abi, however, told the court that the case was not dismissed on its merits but on technical grounds.

He said that under the circumstance, the police have the powers to re-arrest and bring the accused back to the court.

He said the charges were applicable to the state as the NASS had the powers to make laws for good governance of all parts of the country.

Abi prayed the court to discountenance the submissions of the defense counsel and deny bail.

However, Amalu granted the accused bail for N1 million and one surety in like sum.

The matter was adjourned until Sept. 2 for hearing.

The News Agency of Nigeria (NAN) recalls that members of Obeagu Ugwuaji Awkunanaw Autonomous Community had earlier trooped out en mass in solidarity with their monarch.

Kidnapped Ghanaian girls sold in Nigeria for N1.8m Each – Suspect