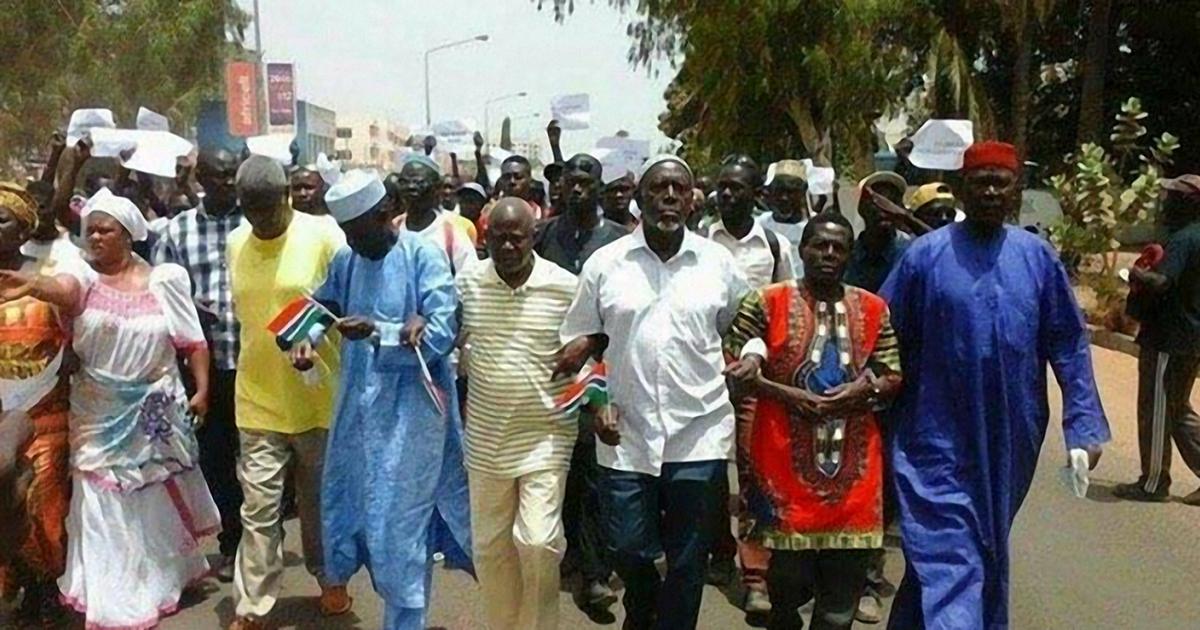 The West African regional bloc, ECOWAS, and European Union delegation in the Gambia have commented on recent political situations in the West African country.

Their statements called for the respect of the rule of law on the part of all groups staging protests for one reason or the other. It further stressed their support for democratic processes in the Gambia cautioning against unconstitutional calls for change of government.

Gambians have held pro and anti-government protests in the last few weeks. The first was an anti-government, Three Years JOTNA, march asking president Adama Barrow to respect a promise to serve three terms in office.

Though these protests have so far been peaceful, the ECOWAS Mission wishes to categorically state that it is totally against any group or party that seeks to undermine the constitution of The Gambia.

The pro-government march, Five-Years-JOTAGUL, staged last week said incumbent Adama Barrow had to serve his full five-year term. Then this week, there was a protest by the party of exiled leader Yahya Jammeh, demanding his return from Equatorial Guinea.

A statement from the ECOWAS representative to The Gambia and carried by the local news outlet read in part: “Though these protests have so far been peaceful, the ECOWAS Mission wishes to categorically state that it is totally against any group or party that seeks to undermine the constitution of The Gambia.

“… and by extension any group that seeks to forcefully demand the removal of any constitutionally and democratically elected government, which contravenes the provisions of the ECOWAS 2001 Supplementary Protocol on Democracy and Good Governance.”

In its statement the EU delegation also stressed that it was “not in any way associated with, neither supports any particular political movement seeking to illegally or unconstitutionally change the democratic order in The Gambia.”