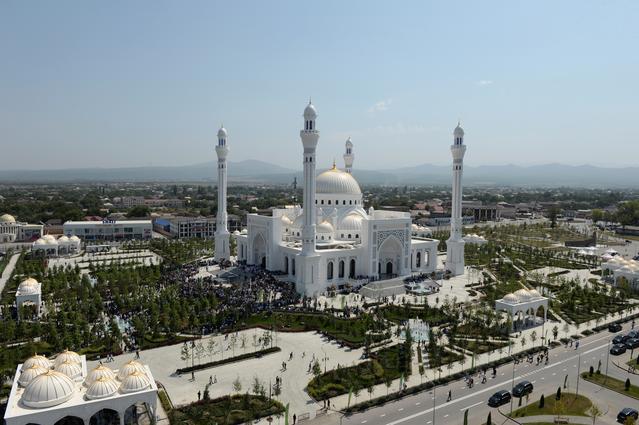 Authorities in the Russian region of Chechnya on Friday inaugurated what they said was the largest mosque in Europe in a pomp-filled ceremony attended by local and foreign officials.

Named after the Prophet Mohammed, the marble-decorated mosque has capacity for more than 30,000 people and has been described by the Chechen authorities as the “largest and most beautiful” mosque in Europe.

Chechen leader Ramzan Kadyrov, an ally of President Vladimir Putin, said the mosque, located in Shali, a town of 54,000 just outside the regional capital Grozny,  was “unique in its design, and majestic in its size and beauty”.

The mosque’s grounds, planted with flowers and sprinkled with fountains, can host an additional 70,000 worshippers, local authorities said.

Kadyrov, who was appointed by Putin to rule the Muslim-majority region in 2007, has spearheaded a revival of Islam in Chechnya, including by building opulent mosques.

Seven killed in collision between helicopters, in Mallorca