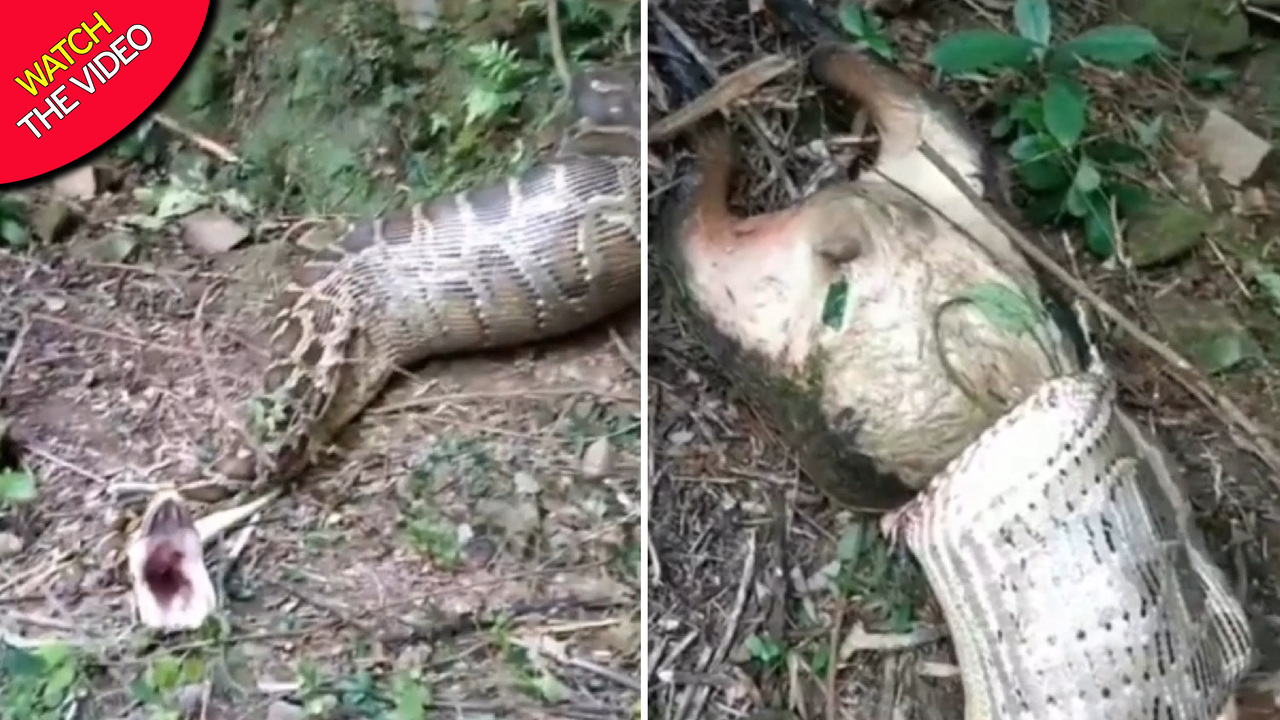 The man found a four-metre-long python with a bulging stomach lying on a hill near his goat farm, in Anxi county, in China’s Fujian province

Villagers from Quanzhou, Fujian in southeast China, said the snake had spent an hour vomiting up the animal and had to help by pulling its tail and massaging its stomach.

Shepherd Yao, who claimed he has lost 20 goats since the beginning of the year, found the snake resting on a hill near his farm, as he searched for one of the missing animals.

Yao called the forest police and asked other villagers for help.

“We pulled its tail to a higher ground so it can regurgitate the goat easily,” he explained.

“It took about an hour to regurgitate the goat.”

Related Topics:Pythonvomit goat
Up Next