Female officers of NIS queried for doing the #BopDaddychallenge (Photos/video) 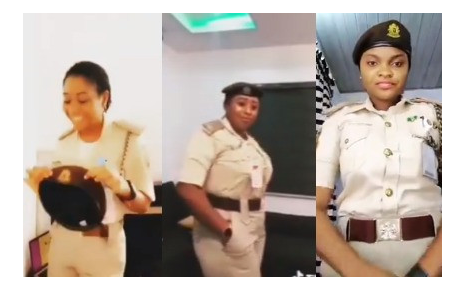 Some female officers with the Nigerian Immigration Service has been queried for joining the trending #BopDaddychallenge.

The service accused the officers of taking part in an act unbecoming of an officer.

Osowobi also shared a screenshot of the letter sent to the officers. In the letter, the service said the officers sabotaged the values upheld by the service, causing embarrassment to the service with their immoral behaviour. The letter also asked them to make a request within seventy-two hours of receiving the letter if they have a reason why they should not receive disciplinary action.