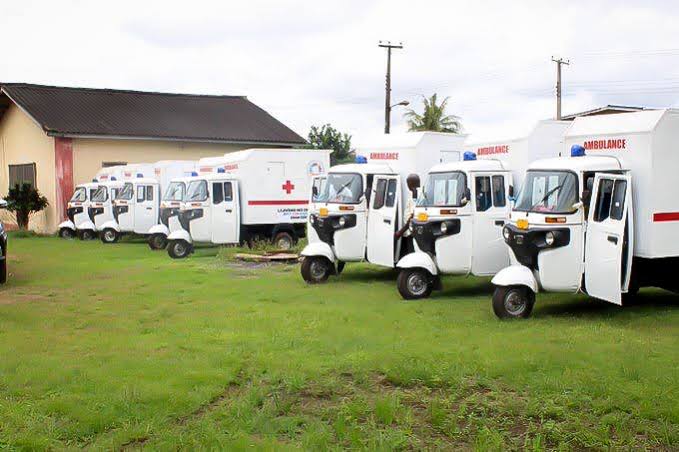 The federal government, through its health ministry, is to purchase three tricycle ambulances for a primary health care in Benue state at the sum of N40 million,

Broken down, it shows that each of the three tricycles would be purchased at the sum of N13.3 million.

The report said the information was sourced from the details of the 2020 budget just assented to by President Muhammadu Buhari.

It was learnt that Odessessa Primary Health Care (PHC) centre Okpokwu in Benue state was named in the budget as the beneficiary of the three tricycles and it is not stated if it is constituency project or line procurement.

The report further noted that another N230 million was approved for the rehabilitation and supply of hospital equipment/drugs for primary health centres in the six geopolitical zones of the south south, south west, south east, north east, north west and north central.