Finland Sanna Marin, 34, is to be world's youngest-serving prime minister 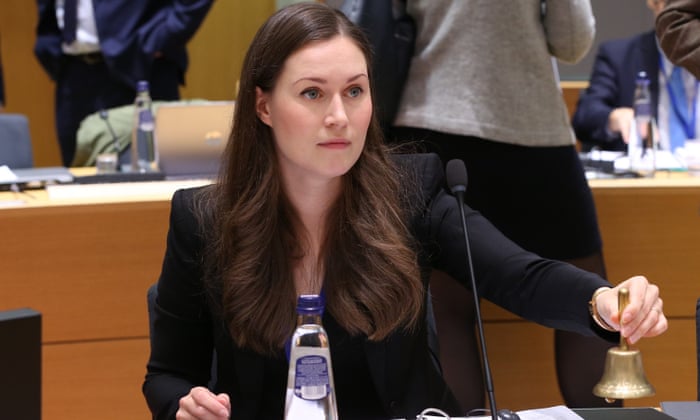 Sanna Marin, 34, has been selected to be the new prime minister of Finland

Finland’s transport minister, Sanna Marin, has been selected to lead the Social Democratic party, making her the country’s youngest prime minister ever.

The 34-year-old Marin, whose party is the largest in a five-member governing coalition, will be the world’s youngest serving prime minister when she takes office in the coming days. She is also Finland’s third female government leader.

Having emerged as Finland’s largest party in the April election, the Social Democrats can appoint one of their own to the post of prime minister in the Nordic nation of 5.5m people.

Her appointment comes after Antti Rinne resigned on Tuesday after a party in the coalition said it had lost confidence in him following his handling of a postal strike.

Four other parties in Finland’s coalition government are also led by women: the Left Alliance is led by Li Anderson, 32; the Green League is led by Maria Ohisalo, 34; the Centre Party is led by Katri Kulmuni, 32; and Anna-Maja Henriksson, 55, is head of the Swedish People’s party.

Marin will become the world’s youngest sitting prime minister. New Zealand’s prime minister, Jacinda Ardern, is 39, and the PM of Ukraine, Oleksiy Honcharuk is 35. North Korea’s leader, Kim Jong-un is reported to be 35.