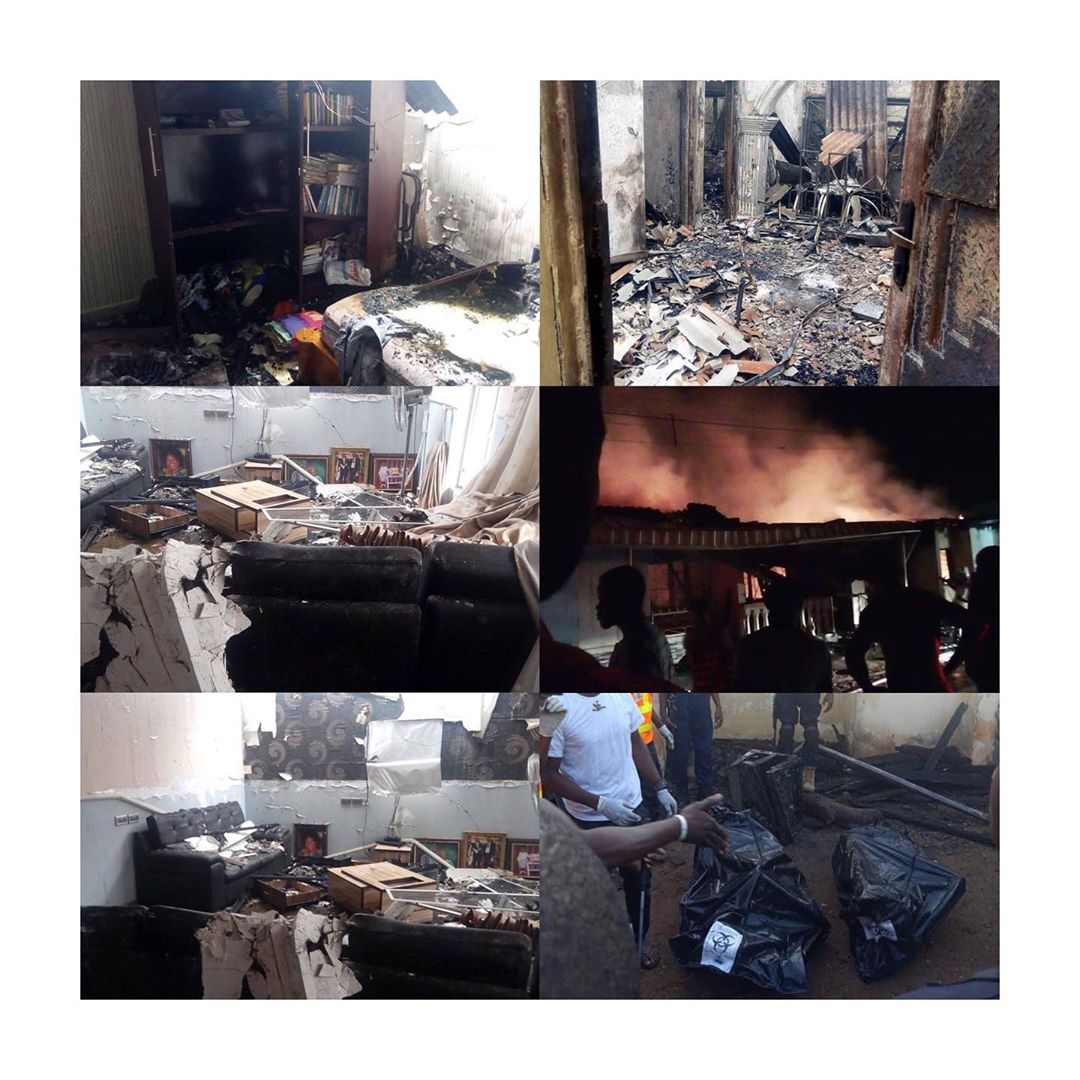 A family of four has been killed in a fire incident that engulfed their residence at the Kwararafa Quarters in Makurdi, Benue State, in the early hours of Monday.

The fire incident that started around 2 am, entrapped the family of  Seker Akaa, an acting Permanent Secretary in the Benue State Ministry of Science and Technology.

Akaa was said to have been burnt to death along with his pregnant wife and two children by the time the fire service was able to finally put out the fire.

The fire was said to have started from the living room, but that when the occupants of the house woke up, they could not find their way out due to heavy locks on the exit doors.

The fire was said to have spread to three other apartment on the block.

Benue state deputy governor Engr Benson Abonu , the chief of staff to the governor Arch Terwase Orbunde, State head of service, Veronica Onyeke and special adviser on security col Paul Hemba who visited the scene of the incident all described it as sad.

The deputy governor assured victims of immediate assistance in getting alternative accommodation and to facilitate the burial of the family killed in the incident.

Fake corps member in custody for ‘criminal trespass and forgery’