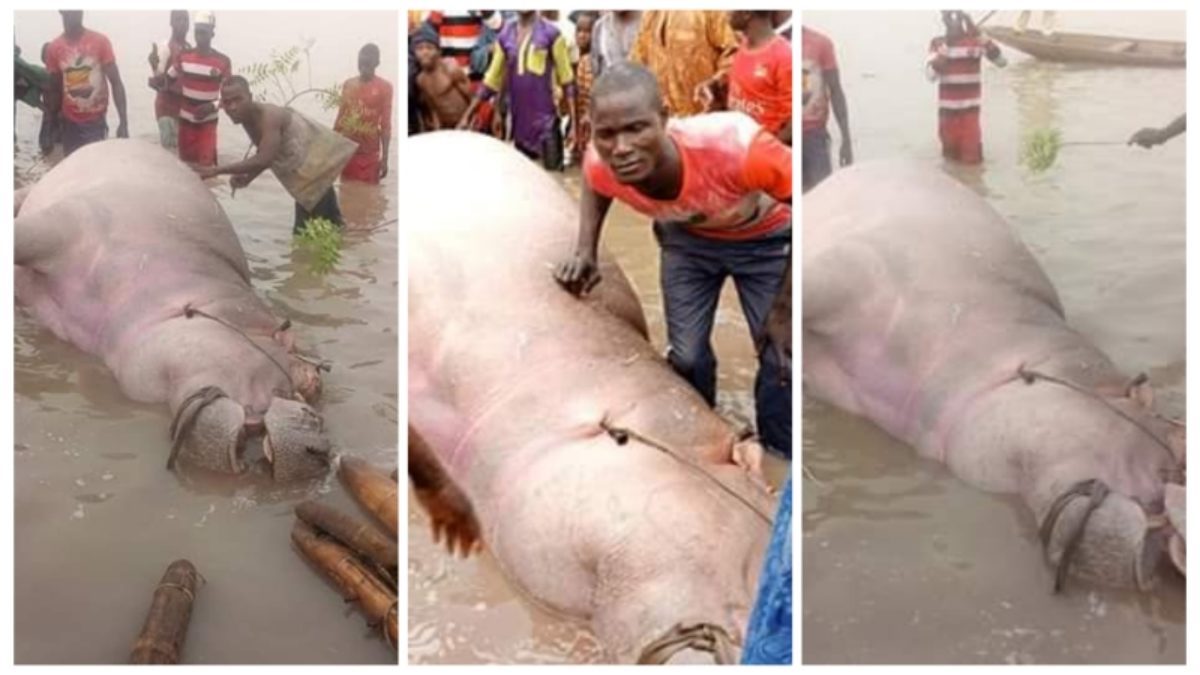 Fishermen in Samanaji town in Koko Besse Local Government Area of Kebbi State, trapped and killed a Hippopotamus said to be wrecking havoc on Farmlands in the area.

The sea animal was killed by a team of fishermen who have been trailing it’s movements for sometime.

Samanaji town is situated on the banks of River Nige.

Related Topics:HippopotamusKebbi State
Up Next