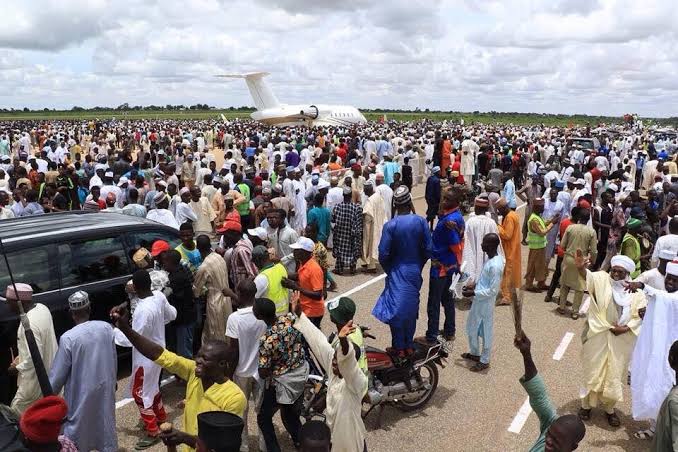 Bafarawa was said to have shunned Wamakko who stood to greet him at the VIP lodge of the airport on his arrival.

According to the report, Bafarawa’s action was the recent statement made by his predecessor, which termed him as a seasonal migrant to Sokoto state.

Bafarawa had allegedly asked Wamakko “You said I am a seasonal visitor to Sokoto, why are you greeting me. I know my father and grand father were born and died here, I can even show you their graves. Can you show me the grave of your grand father?,” .

Wamakko was said to have responded by saying: “I don’t want to know where your father and grant father are buried. All I know is that you are a seasonal migrant in Sokoto, that is all. “There are other people whose parents and grant parents have been buried here but you called them seasonal migrants as well. So just go and face your businesses.” The duo, however, boarded the same flight to Abuja after the hot exchange of words.

The senator later succeeded Bafarawa after defeating his anointed candidate who is now the minister of police affairs, Alhaji Muhammadu Maigari Dingyadi in the Sokoto state 2007 governorship election.

Regina Askia, her mum and her daughter looking great in this three-generation photo

Sex scandal! Man turns prayer warrior after prostitute he picked up for sex started wriggling after her waist bead got cut during action – (Photo/Video)