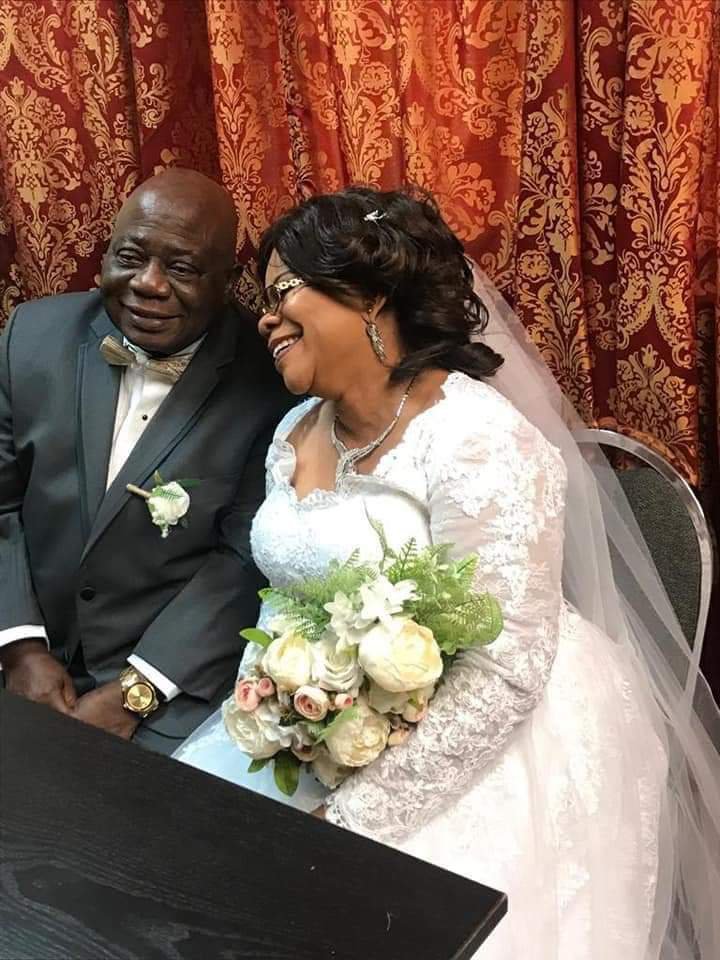 The photo of their marriage went viral on social media on Friday.

A source said the union took place almost a month ago and the former deputy governor had moved in with her hubby.

It was gathered that Laoye-Tomori broke up with her former husband whom she had four kids with, years before emerging the deputy governor of Osun.

Also, the new groom, Prince Michael Ponnle, lost his wife, Comfort Olufunke in 2012 . Comfort, lost the battle at Cardiff Hospital, London, United Kingdom after a brief illness. She was aged 68.

Lady slaps boyfriend for proposing to her in lecture hall (Video)