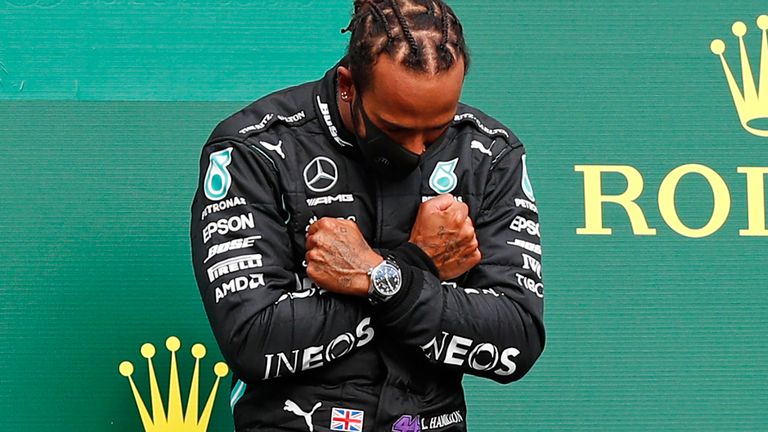 Lewis Hamilton made F1 history on Sunday, winning the Portuguese Grand Prix for a 92nd career victory to move ahead of German great Michael Schumacher.

Hamilton finished nearly 25.6 seconds ahead of Mercedes teammate Valtteri Bottas and 34.5 clear of Red Bull’s Max Verstappen for his eighth win of another dominant season, he also took an extra point for the fastest lap to extend his huge championship lead to 77 points over Bottas with just five races left.

Hamilton took a record-extending 97th career pole position, starting ahead of Bottas and Verstappen on a track being used for the first time in F1.

McLaren’s Carlos Sainz Jr briefly held the race lead and then Bottas led until Hamilton passed him on Lap 20.

After that he coasted to the finish line and into the record books.

Hamilton won his first F1 race in 2007 and first title the following year. But his career really took off when he replaced the retired Schumacher at Mercedes in 2013. Hamilton has added five F1 titles and the runaway championship leader is now odds-on to equal Schumacher’s record of seven.