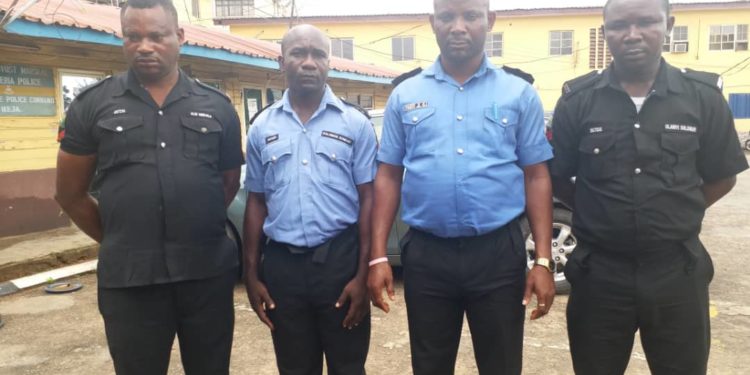 The police in Lagos have on Wedneday arrested four cops for extrajudicial killing of two suspected robbers in their custody.

The command said the policemen identified as Inspector Fabiyi Omomayara, Sergeant Olaniyi Solomon, Sergeant Solomon Sunday and Corporal Aliyu Mukaila  would be charged with murder because they breached the code of professional conduct and use of fire arms.

The killer cops were seen in a video that surfaced on the social media shooting the suspects alleged to belong to a notorious armed robbery gang terrorising Iba.

Condemning the action state police spokesman Bala Elkana, a Deputy Superintendent of Police (DSP) said they went to the extreme, violating the rules on the treatment of suspects in custody.

Elkana said even though the gang was said to be notorious in the area, the police team took their celebration of the arrest to the extreme by killing the suspects.

The Commissioner of Police Lagos State, Zubairu Muazu has ordered a thorough investigation into the incident.