Fourteen children, including nine under the age among 22 killed in attack on Cameroon village 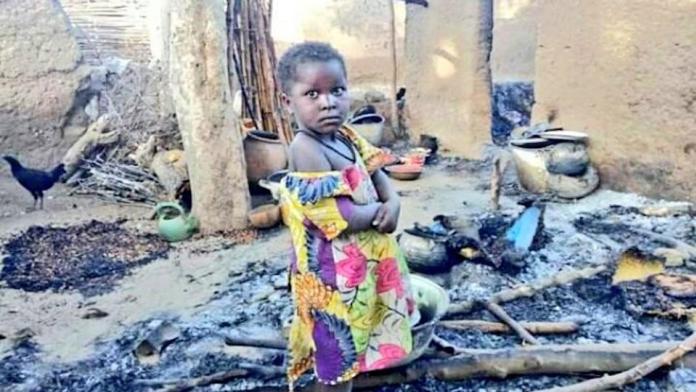 At least 22 people have been killed in an attack on a village in north-west Cameroon, the UN says.

Over half those killed in Ntumbo were children, and local media report that several victims were burned alive.

No-one has claimed responsibility for Friday’s incident, but an opposition party blamed the army.

Cameroon’s government, which has been fighting separatists in the region for three years, denied involvement in the attack.

James Nunan, an official from the UN’s humanitarian co-ordination agency Ocha, told the BBC that a pregnant woman was among those killed.

Fourteen children, including nine under the age of five, were also among the dead, he said.

Mr Nunan said the incident has “terrified” the local population.

“Whichever group has done this has threatened that there will be more violence ahead,” he said. “The people we’ve spoken with are extremely traumatised and didn’t expect this.”

In a statement, one of the country’s main opposition parties – The Movement for the Rebirth of Cameroon – blamed “the dictatorial regime” and the head of Cameroon’s security forces for the attack.

An army official described the allegations as “false” when asked about the incident by AFP news agency.

The conflict has been centred in north-western Cameroon, where most of the population speaks English because of old colonial ties to Britain.

Armed separatist groups began to emerge in 2017 after a security force crackdown on protests. Separatists have declared independence for a new state they call Ambazonia, but Cameroon’s President Paul Biya has labelled the groups as “terrorists”.

Cameroon’s government has been accused of human rights abuses during the conflict, and US President Donald Trump has axed the country from a special trade program with America.

20 killed in rush for food and money stampede in Niger