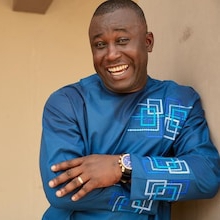 An alleged fraudulent real estate developer and boss of De-Villa, Dr. Kelly Nworgu, alleged to have defrauded his victims to the tune of N16 billion in land transactions has been rearrested and detained by the Rivers State Police Command, three weeks after he jumped bail

His reappearance happens to be the grace of his sureties, a pastor and three others who are needed to regain their freedom.

The sureties were detained after they signed Bail Bond for Nworgu, who after securing freedom went into hiding

The Police Public Relations Officer, DSP Nnamdi Omoni, said that boss of De-villa, Kelly Nworgu, submitted himself to Police a few days ago after much pressure from Police and his victims and search for his whereabouts and consistent trail on him for 3 weeks.

According to him, the Police has detained Kelly Nworgu and released his Pastor and three others who stood as sureties for his bail application.

His Pastor had voluntarily signed a bail bound for Dr Kelly Nworgu after his detention on the orders of the Commissioner of Police, Mustapha Dandaura.

After diligent interrogation of Kelly on the volumes of debt and defrauding of innocent Rivers residents and without providing any authentic land after receiving full payments, a lead Pastor in his local church could not conduct services for three weeks as Kelly Immediately absconded after being released on bail.

Meanwhile, the Chairman and Spokesman of the victims of De-villa land scam, Chief Michael Ezedike, has hailed the efforts of the Police in re-arresting the wanted Real Estate developer.