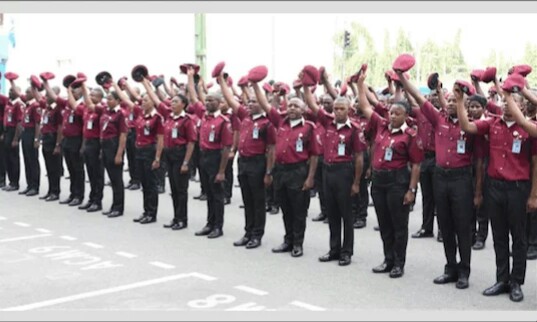 The board of the Federal Road Safety Corps, FRSC, has granted approval for the dismissal of 8 erring officers of the Corps in accordance with the provisions of its regulation on discipline.

The Corps Public Education Officer (CPEO), ACM Bisi Kazeem in a statement made available to newsmen in Abuja said the dismissal was part of the efforts made to rid the FRSC of undisciplined and corrupt elements.

Kazeem also explained that the officers had been found culpable of offences ranging from desertion, forgery, number plate racketeering, bribery, scandalous behaviour, drivers’ license racketeering and patrol misconduct among others.

According to him, 10 appointments were also terminated with five reductions in ranks and five loss of seniority.

He also said that the disciplinary actions were to serve as a warning to others who might form the habit of going against regulations and tarnishing the good image of the corps.