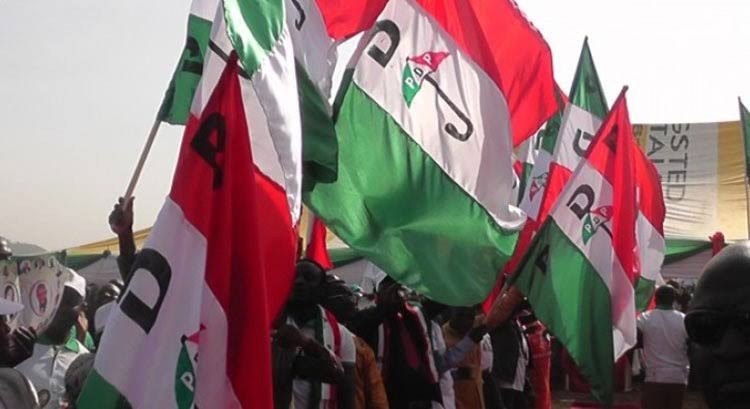 The Peoples Democratic Party (PDP) charges Nigerians to brace up and support one another in the face of abandonment by the All Progressives Congress (APC) administration as all critical indicators show that the APC has abdicated its constitutional duty to guarantee the security and welfare of the people.

The decision by President Muhammadu Buhari to jet out to the United Kingdom (where leaders are committed) for yet another “routine medical check-up” after his administration has wrecked our healthcare system and when the nation which he leads is in crisis, underscores the insensitivity of the APC which by nature and outlook has never been ready for governance since inception.

While other world leaders are solving problems in their countries, President Buhari, who promised to fix our refineries, abandoned Nigerians to the excruciating fuel crisis caused by the corruption perpetrated by APC leaders in the helm of affairs in the petroleum sector, which has now crippled economic activities in the country.

Nigerians will recall that after being exposed for importing contaminated fuel with consequential damage to vehicles, machineries and businesses, the APC government had promised to fix the situation. Sadly, several weeks after, the APC Federal Government had failed in its promise as always like in every other aspect of our national life.

With the corruption and abdication of duty by the APC, our nation is now at the mercy of black-market vendors who charge already overburdened Nigerians as high as N500 per liter of fuel; a development that has resulted in spiral increase in transport fares, costs of food, medicines and other essential commodities.

This is in addition to the collapse of many businesses, massive loss of jobs, hunger and starvation, sudden death of bread winners with grave economic pressure on millions of families and attendant social consequences to our country.

By travelling out of the country at the time Nigerians expect him to make himself available and provide leadership to address the agitations by striking university lecturers, President Buhari further exposes APC’s lack of commitment towards the wellbeing and development of Nigerians youths.

This is in tandem with APC’s sustained disdain for the Nigerian youths whom the President derided as “Lazy Youths” in a foreign country. It further explains why the APC was unperturbed when its government massacred innocent and helpless Nigerian youths who were merely exercising their constitutional fundamental human right of peaceful protest during the EndSARS protest of October 2020.

Our Party is concerned that the insensitivity and utter disregard of the APC and its government for the feelings of the people have heightened tension in the country and if not checked could result in widespread restiveness and eventual breakdown of law and order.

It is clear that the APC has come to the end of the road in governance and has nothing else to offer Nigerians. The PDP therefore urges Nigerians to remain steadfast and hopeful as our party press forward in its mission to Rescue and Rebuild our country.

CAN Felicitates With Daddy GO On His 80th Birthday