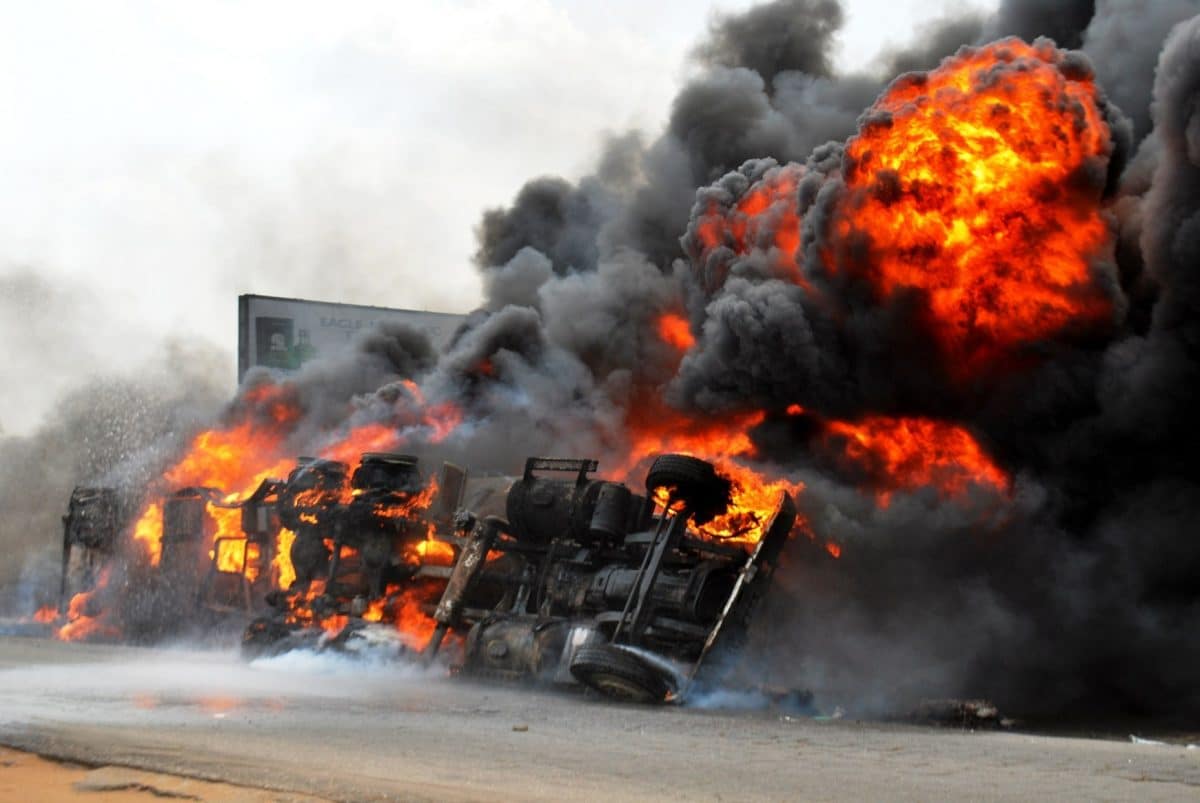 The Lagos Emergency Management Agency (LASEMA) on Saturday, said a tanker loaded with 33,000 litres of petrol with registration number KJA-900XR, was burnt on the Otedola Bridge.

The Public Affairs Officer of LASEMA, Nusa Okunbor, made the disclosure in a statement in Lagos.

According to him, an investigation revealed that the tanker experienced burst tyres while in motion.

He said “The tyres of the tanker caught fire due to continuous motion and led to an outbreak of fire due to heat generated by the motion.

“The fire has been extinguished. No casualty or injury was recorded.

“The Lagos State Fire Service, LASEMA and the Tiger Team are on ground to prevent occurrence of a secondary accident, as frantic efforts are on to plug oil leaks,” .