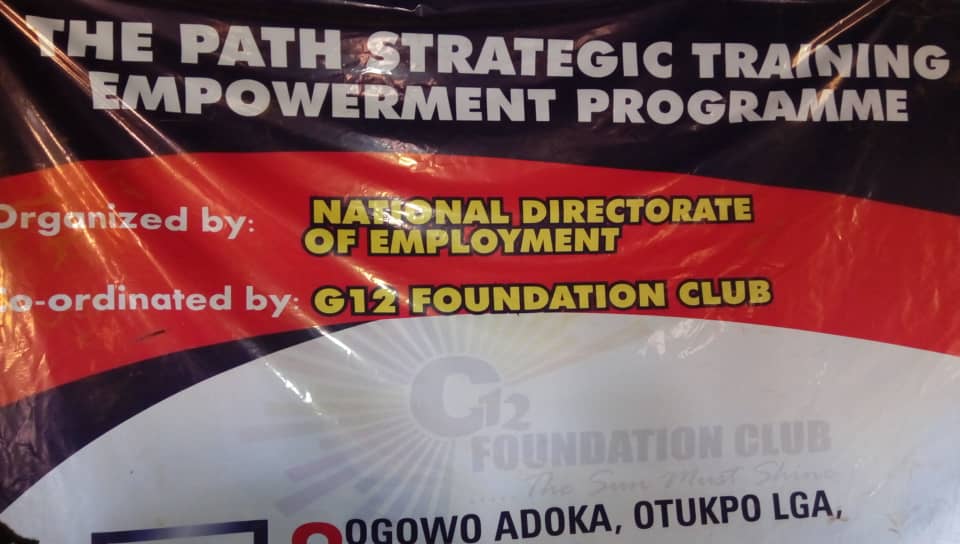 Young men zone in zone C senatorial zone of Benue State have been charged to create the platform for elevating others since they are youth in the area are hardworking people who not beggars or engage in anti social vices.

President G12 foundation, Joseph Oche Godwin made the call in a media chat with newsmen after donating transformers to some communities during the yuletide season.

Speaking Oche Godwin explained that the G12 foundation is a platform to bring together well meaning people of the Idoma extraction to know their problems and how help themselves.

Godwin during the chat made known that the foundation has sponsored five students to schools outside the country along with about another 200 being sponsored in University of Abuja and Benue State University.

The president of the G12 Foundation also said that the foundation is being piloted by individuals but would soon start getting help from outside the country from notable NGOs to further push ahead the cause of the foundation.

At the zone C level he said the Foundation has been invited by Ado local government chairman who has expressed his readiness to use the foundation to help the people, others such as Hon Francis Ottah Agbo, Hon Samuel Godday, he disclosed are already working with the foundation along with the senator representing the zone,comrade Abba Moro to reach their people and in doing so foster unity and development in Idomaland.

The foundation with senator Abba Moro and SMEDAN , he said has made a case for shoe production in Benue South since the know how is in abundance and to promote their own contribution to made in Nigeria products.

The foundation which has reached out to some widows in Ugboju, has also given out transformers to Adoka central, Ugah, Ogobia communities along with the grading of road from Ofiloko to Onyagede to enable farmers take their farm produce for sale thus increasing the commercial activities.

While welcoming others to copy and emulate their actions and activities, the president made known to all that they have forms for registration into the foundation for help which is free.

Photos from activities of G12: