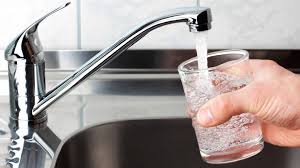 The Amalgamated Union of Public Corporations Civil Service Technical and Recreational Services Employees (AUPCTRE) has called on government at all levels  to remove impediments to accessing portable water to ensure the campaign to check the spread of  the COVID-19 pandemic is won.

In a statement in Abuja, AUPCTRE said that the World Health Organisation’s (WHO) recommendation on hand-washing with soap continually echoed by government brings to fore the centrality of water in combating the virus, and equally exposed the lip-service Nigerian government has paid to this crucial need of the citizenry.

The group points to some of the noticeable threats to universal access to water in Nigeria which include poor budgetary allocation to the sector, and the growing recourse to various forms of privatizations.

AUPCTRE National President, Comrade Benjamin Anthony said: “While the public awareness communication, including the hand washing messages from government at all levels are laudable, the absence of concrete policies and actions to address the root cause of unavailability of water in our communities makes mockery of the campaign to check the COVID-19 pandemic”

Comrade Anthony expressed concern that more than two years after the federal government declared a state of emergency in the water sector, nothing meaningful has happened at national and state levels except recommendations on how to abdicate responsibility to for-profit only entities, including corporations that have failed in their countries of origin.

The AUPCTRE national president pointed out that the Nigerian water sector is plagued by poor budgetary allocation, lack of political will on the part of government and the recourse to all forms of privatization, including the much-discredited Public Private Partnership (PPP) promoted by the World Bank, which prioritizes profits over basic rights.

He recommended that to solve the water crisis in Nigeria federal and state governments must build the political will to prioritize water for the people, leading to a comprehensive plan that invests public funds in water infrastructure necessary to provide universal water access, which will create jobs, improve public health, and invigorate the national economy.

Related Topics:AUPCTRECoronavirusCOVID-19Portable Water
Up Next