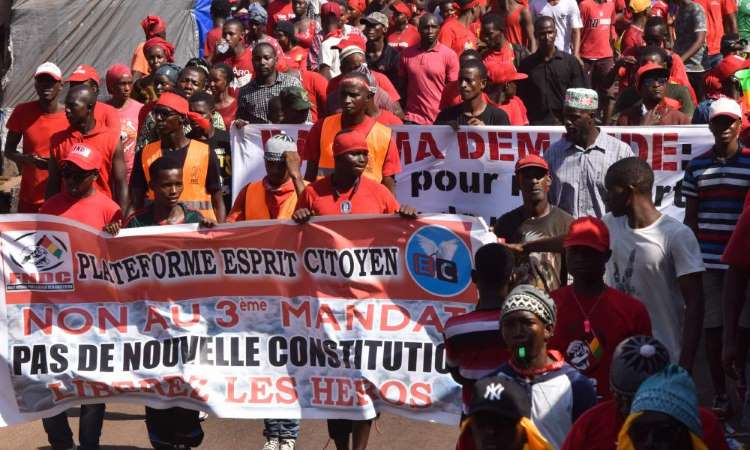 Incidents in Guinea has continued to escalate as security forces clash with protesters seeking President Alpha Conde to step down before elections slated for this year with the torching of two police stations by irate protesters in the town of Pita.

As at Wednesday, reports confirmed that another victim had died in the protests bringing to two the number of deaths. A 21-year-old student Elhadj Mamadou Sow, was killed earlier on Tuesday, an uncle and a doctor confirmed.

At least 20 civilians and one gendarme have been killed and scores have been arrested since the start of protests.

The National Front for the Defence of the Constitution (FNDC) organizing the protests is convinced that the President intends to seek a third term in office through a new draft constitution that he has submitted.

The 81 year old leader has neither confirmed nor denied the claims but has argued that the colonial-era constitution needs to be changed.