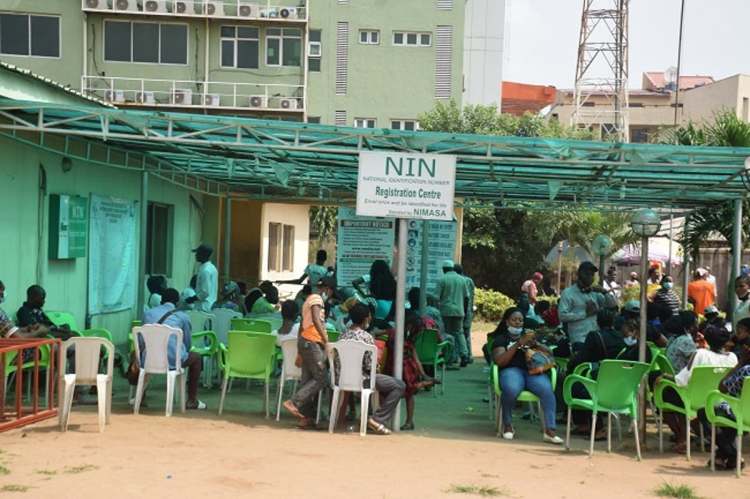 Revealing how easy it was for him to breach the NIMC server and access personal information of millions of Nigerians in an article he shared on infosecwriteups.com, the hacker boasted that he got access to “juice” on the Nigerian Government agency’s server and that he could go ahead to do whatever he desired with other sensitive data at his disposal.

Displaying a defaced National Identity card of a Nigerian alongside the article, the hacker said, “I’ve got one more output for s3 bucket, I casually tried to access it without any hope, and damn! The s3 bucket is full of juice.

“I just simply got access to their (Nigeria) data of internal files, users and everything they have. I can download everything, even the whole bucket. I am sure that the bucket is full of juice.

“I wanted to look at more files but as we have to follow bug bounty rules I stopped doing more.

“I’ve got one more s3 bucket with nuclei and it also contained about 4–5 gigs of data.

“I’ve rewarded 5250$ for only one report and 0$ for the second one even it contained so much sensitive data,” the hacker wrote in the article that has continued to generate reactions from some Nigerians on Twitter especially tech enthusiasts.

A user on the micro-blogging platform with the handle @isidags while reacting to the development said, “I’m shocked Nigerians are shocked.

“Seems you people don’t know the government and country you’re involved with.”

Another user known as @boluxxxx while commenting said, “Jokes aside, this is enough reason for Buhari to sack Pantami.”

Berating Nigeria’s weak cyber security, another Twitter user, @bespokeKENErd, said, “It was only a matter of time before this happened.

@St_Gothica while reacting to the issue said, “This is exactly why I never wanted to do the NIN registration. Delayed it as long as I could.”

Another Twitter user, @The_Jonathanian, said, “Somebody should tell Sheik Pantami that the most sensitive data of Nigerians under his care have been compromised and floating in the wild.”

The hacking of the NIMC server has not only exposed Nigeria’s weak cyber security but also highlighted the danger the country’s residents and investments were currently under.

The latest cyber attack comes less than two months after the Nigerian Communications Commission in November 2021 issued a warning that an Iranian hacking group was planning to carry out cyber espionage across Africa.

A statement from the agency had further disclosed that the hackers were targeting telecoms, Internet Service Providers, and Ministries of Foreign Affairs in Nigeria and other African countries.

The incident also comes months after the President Muhammadu Buhari administration while mandating Nigerians to enroll for National Identification Number claimed that it was going to stop crimes in the country including those perpetrated via the Internet.

Speaking during the launch of the National Policy for the Promotion of Indigenous Content in Nigerian Telecoms Sector and Revised National Identity Policy for SIM Cards registration in May 2021, President Buhari said, “The NIN will cover one of the weaknesses in our security structure. We will be able to easily identify and know the personality of Nigerians.

“We will identify people easily, including the crooks.”

Assuring Nigerians of how vital the new system would be to crime fighting in the country, Minister of Communications and Digital Economy, Isa Pantami, in June 2021, claimed that incidents of terror such as banditry and kidnapping in the country had significantly reduced as a result of the insistence by government for persons in Nigeria to register for NIN.

Pantami went further to say that the improved database will protect Nigerians more than ever before.

But despite those assurances, the latest attack has exposed the failure of the President Buhari administration to protect Nigerians from cyber criminals.

Over 60 million Nigerians had so far been captured on the national identity database, according to the NIMC.