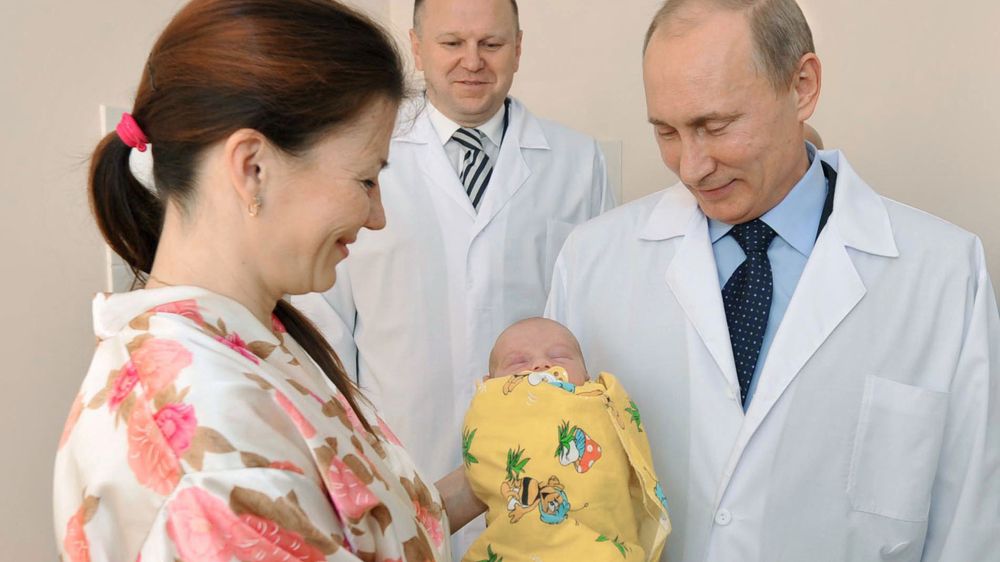 Russian President Vladimir Putin has announced new financial incentives to encourage Russians to have more children to boost the population.

Putin in an annual address to lawmakers said “Russia’s fate and its historic prospects depend on how many of us there are,”.

Russia is seeing falling birth rates because the generation becoming parents now were born in the 1990s when the birthrate fell drastically due to economic uncertainties.

The Russian leader, who has two daughters, said he wanted to boost the number of births from the current average per woman of 1.5 to 1.7 by 2024.

“Our historic duty is to ensure stable population growth,” he said.

He named poverty as a key factor in limiting family size and offered new financial incentives to give birth.

He vowed to give a popular one-off payment for parents who have a second child — this year worth around $7,600 — to those who give birth to a first child as well.

Putin introduced the payouts in 2007 to all families where the mother has a second baby or further children.

The total payout for families with two children  which can be spent on the child’s education or improving housing,would be increased to around $10,000 at the current exchange rate while it is to continue at least until 2026, he said.

Putin also announced plans to extend child benefits for poorer families to children aged up to seven, from the current age limit of three.

Related Topics:RussiaVladimir Putin
Up Next