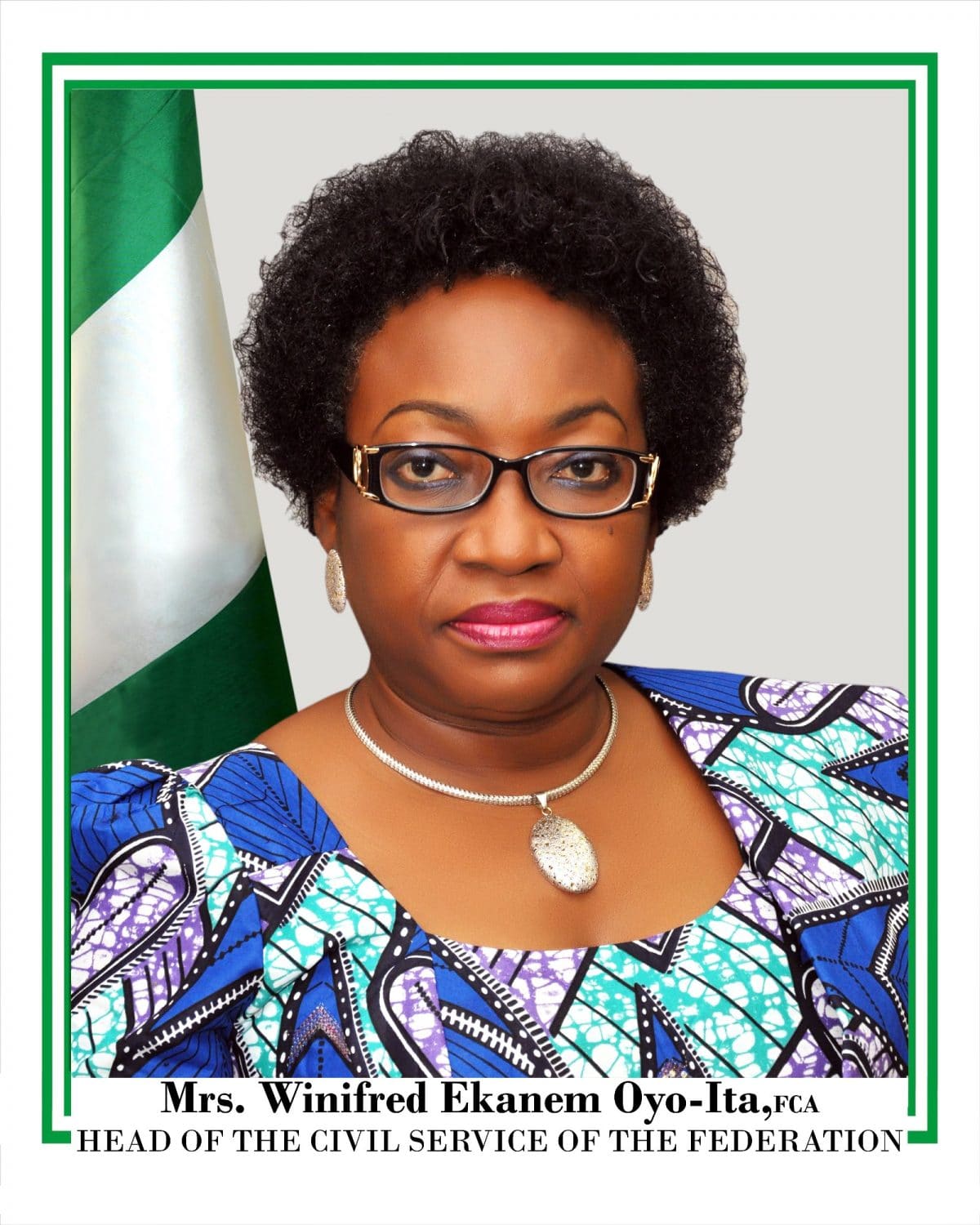 President Muhammadu Buhari has relieved Winifred Oyo-Ita of her duty as the Head of Civil Service of the Federation (HoS).

A statement by the Director of Information, Office of the Secretary to the Government of the Federation, Willie Bassey, confirmed that the president has also approved the appointment of Dr. Folashade Yemi-Esan as the acting HoS.

Oyo-Ita’s removal was in connection with an investigation into a N3 billion scandal by the Economic and Financial Crimes Commission (EFCC).

Bassey said Yemi-Esan, who was the Permanent Secretary, Ministry of Petroleum Resources, has taken over from Oyo-Ita, who has been directed to proceed on an indefinite leave to allow conclusion of the investigation being carried out by the EFCC.

He said the president also approved the extension of the tenure of seven retiring permanent secretaries for a period of one calendar year with effect from October 1, 2019 to ensure stability in the Federal Civil Service and effective delivery on the nine priority areas of the administration as well as the mandates given to the new ministers.

He said the president also directed the Office of the Head of the Civil Service of the Federation to commence the process for the selection of new permanent secretaries to replace all retiring ones.

The decision of government to extend the tenure of the seven permanent secretaries, he said, was premised on the need to ensure that the new ministers were properly guided, briefed about their sectors and to ensure that a solid foundation was laid for the delivery on the presidential mandate, which they jointly signed.

The action of the president, he said, was in exercise of the powers conferred on him under Section 171 (2) d of the 1999 Constitution of the Federal Republic of Nigeria as amended.