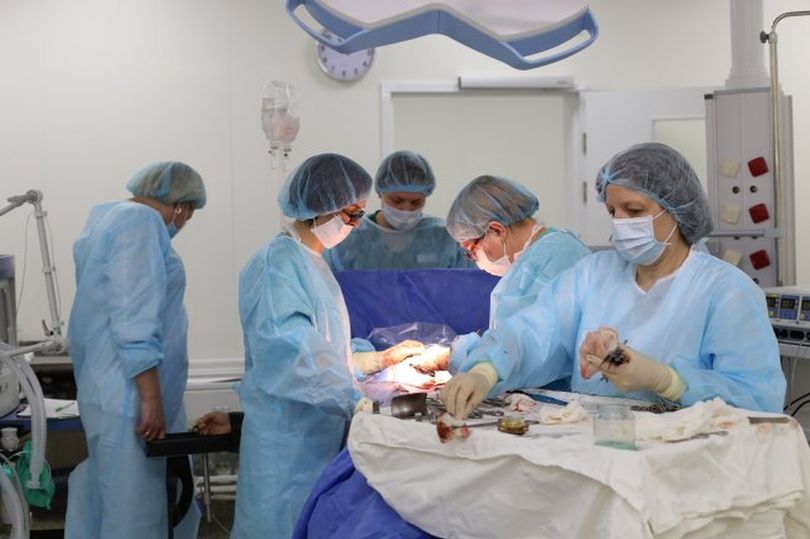 A gigantic cyst made up hundreds of hairs has been removed from the ovaries of woman.

Surgeons say some of the tangled hairs they took from the 30-year-old mother-of-two, were five inches in lengthand had been growing inside her since birth.

“They are capsules with rather thick walls which consist of mucus mixed with various human tissues.

“Inside the cyst we find the upper layer of our skin, fats, hair, bones and even teeth.”

The cysts – in this case was made up mainly of hair – were successfully removed by laparoscopy, and the woman’s reproduction system was not affected.

Each weighed almost four ounces and had been growing into “tails of hair” in each of her ovaries.

The remarkable picture was released by the health ministry of Moscow region.

A doctor at the hospital said: “These cysts are genetic.

“They are there since childhood, and unfortunately, nobody can predict when they suddenly begin to grow.

“Despite its impressive view and lots of hair, these cysts that symmetrically grew in the ovaries of our patient were rather light in weight.”