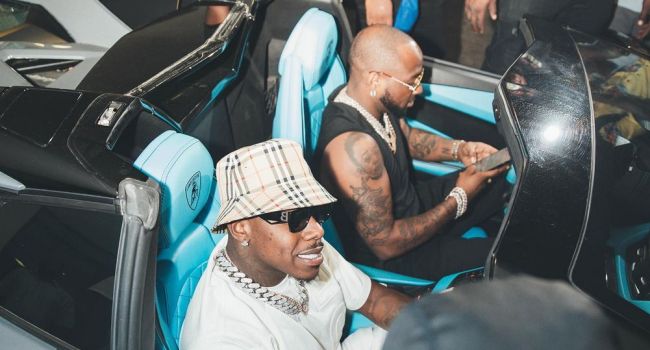 American rapper, DaBaby, says he had to ‘pay the whole airport’ to leave Nigeria

Speaking via a video on his Instagram stories, DaBaby stated that he had to pay the whole airport before he could leave Nigeria.

The award-winning American rapper was in Lagos, Nigeria, to shoot a music video with Afropop superstar Davido.

He shared a video of himself on his Instagram video with members of his crew on a plane leaving the country.

In the caption, he revealed his experience with Nigerian airport officials.

He wrote: “Boyyy I had to pay the whole airport off to make this flight.”

Big Brother Naija Season 7 Auditions Slated For 15th – 30th May , See Details On How To Participate