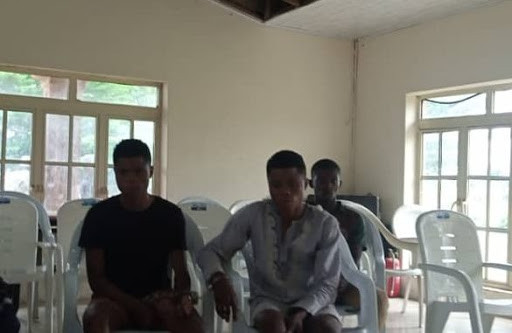 Identical twins and a friend have been remanded in prison over the alleged gang rape of a girl and sharing of her nude photos on Facebook.

Olabode Kehinde, Olabode Taye, Bakare Yusuf and others at large were arraigned before a Magistrate Court sitting in Osogbo, Osun State on Friday July 2 on six counts of conspiracy, unlawful carnal knowledge, indecent assault, breach of peace and damage of reputation of their victim, Rukayat Adeyemo.

It was learnt that they committed the crime sometime in March 2021 at about 7 pm at Oke-Abuja area, Iragbiji, Osun State. The incident pushed their victim into attempting suicide.

The trio pleaded not guilty to the charge against them as their counsel, Najite Okobe applied for their bail orally on the most liberal terms.

Presiding magistrate, A.O Daramola however ordered that the accused be remanded in Ilesha Correctional Center till August 16, 2021. The case was also transferred to Iragbiji Magisterial District.