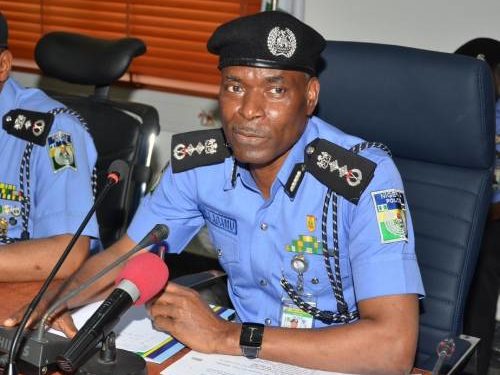 The Police Service Commission has asked candidates who applied for position of Constables to ignore the list released by the Nigeria Police Force.

The Commission had last week suspended the recruitment process which has reached the stage of medical screening.

The suspension was announced following indications that the Police leadership may tamper with the list submitted to it.

As part of efforts to stop the Police leadership, the Commission suspended the exercise and announced that the fate of candidates would be decided this week after a meeting.

The Police leadership however on Tuesday released a list of candidates shortlisted for medical screening.

The information on the website read: “Candidates whose names appear in this publication are invited for medical examination which is scheduled to hold from Monday 9th – 14th September, 2019”

Attempts to read further information on the website read error.

A source in the Commission confirmed to The Nation that the list was no more on its website because the Police leadership was directed to take it down.

Reacting to the list, the Commission in a statement in Abuja by its Spokesman, Ikechukwu Ani advised candidates to await authentic list from it.

“The candidates according to the information are invited for medical screening scheduled for 9th to 14th of September 2019.

“It has been observed that as at the afternoon of today, Wednesday, September 4th, 2019, the list has been withdrawn from their Website.

“The Commission will like to report that the list was compiled solely by the Nigeria Police Force without the involvement of the Police Service Commission, the body that has the constitutional mandate for appointment.

All candidates who took part in the aptitude test held on Saturday, August 3rd, 2019 are hereby to watch out for the authentic list that will emerge after the meeting of the bodies.

The statement continues: “The leadership of the Commission since coming into office has been doing everything possible to restore sanity not only in the recruitment exercise but also in all other facets of the mandate of the Commission.

“The Commission wishes to state that it will never compromise or abdicate its constitutional mandate and will continue to insist that the recruitment exercise is merit driven, transparent and in conformity with the Public Service Rules and Federal Character principle. It will resist any attempt to sabotage its efforts in this direction.”

The Commission advised applicants not to panic or despair as all their interests will be adequately protected.

Related Topics:commissionNigeria police
Up Next