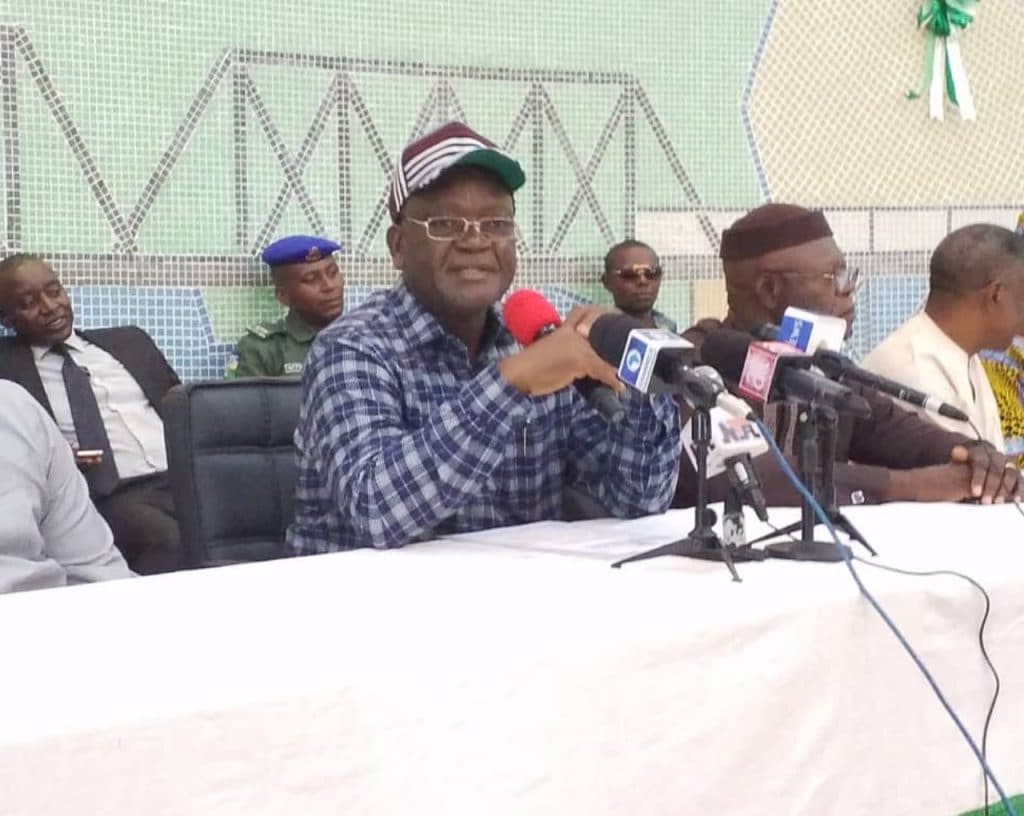 The Benue State Governor, Samuel Ortom has warned cattle owners against open grazing across the State.

Ortom warned cattle owners in the state to ensure that their animals are properly ranched to avoid open grazing or be ready to face sanctions as stipulated by the law.

The Governor in a statement by his media aide Terver Akaase, gave the warning when he sighted a herd of cattle roaming the streets at Iniongun road, Wadata area of Makurdi.

Ortom directed the “Livestock Guards to immediately impound the animals and take them to the Quarantine Unit,” where they would be auctioned if the owner fails to pay the requisite fines after seven days.”

The statement quoted the governor as saying the law does not accord preferences to any individual or group, whether or not they are Benue indigenes.

He stressed that herders who refuse to keep their livestock in ranches would be prosecuted in accordance with provisions of the Open Grazing Prohibition and Ranches Establishment Law, 2017.

The governor also called on Benue people to volunteer information regarding open grazing of animals to Livestock Guards, adding that officers and men of the agency would not be everywhere.

IDPs get quit notice from owners of facility in Plateau

See what a woman did to stepson’s hands (Graphic photos)