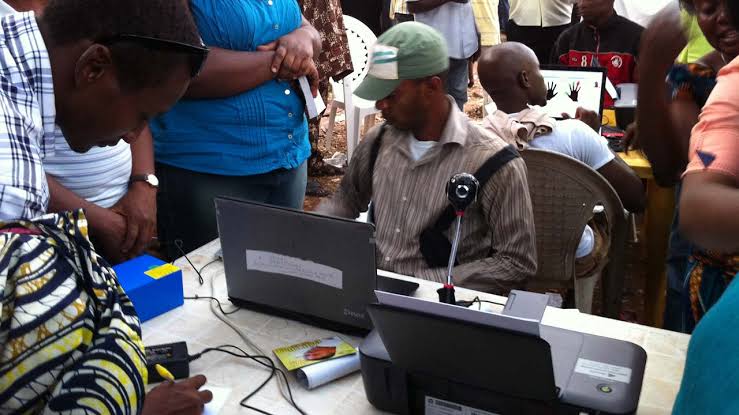 Some officials of the Independent National Electoral Commission (INEC) in Benue state are demanding payment from the electorate attempting to obtain their permanent voter cards (PVCs).

Although INEC’s guidelines on voter registration frown against the act, TheCable observed that there is a charge attached to voter registration in Oju LGA of Benue, a situation which discourages residents from undertaking the process.

Susan Abari, 25, is an indigene of Ebenta village. She travelled from Zaria in Kaduna state, where she is based, to enrol for her PVC, but rather than get it without a cost, she was asked to pay a fee of N300.

“This is my first time ever, I have not done PVC before and I was told by my people that to do PVC is free,” Abari told TheCable.

“When I got to the office, I met a crowd outside complaining. Amongst them were women, youths and even elderly men. A lot of them went back home. I found out later.

“I waited a few minutes until it was my turn. When I sat down, the first thing they did was ask me for money. I was surprised. I was not expecting it. Seeing that I was hesitant to respond, the enroller got angry and asked me to stand up and leave the seat.

Unlike Abari who refused to pay, Samuel, 19, thought it necessary to cooperate and collect his PVC. Samuel said nothing will stop him from voting in the 2023 elections — even if he has to bribe INEC officials.

“At the time they sent people out of the room, I knew I had to pay,” he said. “Although we were told that it is supposed to be free. However, what is happening here is different and it looks like nobody is saying anything.

Like Samuel, Ode Ruth was willing to make the payment, but when she reached into her purse, she could only find N200.

“They were unwilling to collect. It was at that time I ran back home to borrow N100 to add,” Ruth said.

According to the INEC guidelines, fresh voter registration is free and can be done for anyone above 18 in the designated location approved by the electoral body.

However, an INEC official in Oju LGA, who identified himself as Mr Nelson, said the government is no longer providing funds for internet accessibility.

“Because we need to keep the office running, [and] we have a limited time frame to enrol people,” Nelson said.