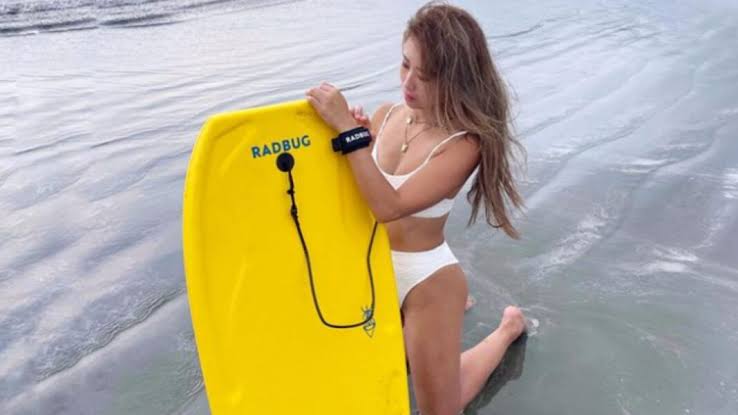 On July 12, the news of Sophia Cheung’s death was confirmed.

The Instagram influencer plummet to death while taking a waterfall selfie.

Over the years, social media has become a huge part of people’s lives, and being a social media influencer has become a common job title and there has been pressure to make sure that the picture uploaded looks the best which sometimes has resulted in unthinkable outcomes.

Sophia Cheung a 32-year-old Instagram influencer who often shared pictures from her hiking trip with her username as “hike.Sophia.”, loved to be active. Some of her interests included kayaking, exploring, and doing any sort of outdoor activities. At the same time, Sophia had a keen interest in photography.

The motto that she used to live by was: “Life should be fun, not dumb.” Sophia had over 7k followers on her Instagram. Her Instagram page was relatively new as the first picture that Sophia uploaded was in February.

As per The Sun, Sophia had visited Hong Kong’s Ha Pak Lai along with two of her friends. During their trip, Sophia decided to take a picture at the Tsing Dai stream near Yuen Long.

While doing so, Sophia lost her balance and tumbled down. Her friends were quick to call the emergency service after the incident took place. She was immediately rushed to the hospital nearby but was pronounced dead on arrival.

The last photo that was uploaded by Sophia was on July 9. The Instagram model was seen posing with a surfboard at a beach. She captioned the picture as: “Better days are coming: They are called Saturday and Sunday.”

Once the news of her death was confirmed, followers were quick to fill the comment section with “RIP” messages.

One user wrote: “I thought better days are coming with Saturday and Sunday? I will miss your chat every day. I love you always. Rest in peace my pretty Sofia.” Another added: “Rip Sophie! I can’t believe last week I still chat with you.”

Tonto Dikeh Gift Husband A Car On His Birthday (Photos,Video)