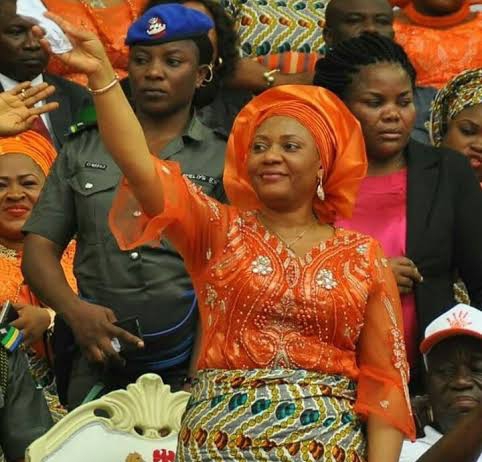 It was an open show of shame at the Ibom Hall grounds, venue of the International Women’s day celebrations on Monday, as a female member of the Akwa Ibom State Executive Council, Dr Glory Edet flouted the orders of the wife of the state Governor, Dr Martha Udom Emmanuel, thereby insulting her person and office.

THEWILL findings reveal that the First Lady had instructed the wives of all 31 Local Government Chairmen in the state to mobilise women for the event, even as each LGA was told to bring a maximum of 40 women with, conveyed in two buses.

An eyewitness account had it that while the wife of Ini Local Government Chairman, Mrs Edith Idaisin, who is also the Women Coordinator of Maintain Peace Movement, Ini Chapter had carried out the instruction of the first lady, through the Commissioner for Women Affairs, Dr Ini Adiakpan, the Commissioner for Agriculture, Dr Glory Edet brought 5 buses filled with women from across different local government areas in the state to the venue, causing a rowdy session and pose as embarrassment to the First Lady.

The Commissioner for Women Affairs, Dr Ini Adiakpan, who didn’t find Edet’s action reasonable, had opposed and questioned the rationale for her actions.

Dr Adiakpan’s question, our THEWILL gathered, erupted into a severe argument which led to exchange of blows between Glory Edet and Ini Adiakpan.

The Commissioner for Agriculture was quoted as yelling at the top of her voice: “I am the Dean of Commissioners and leader of all women in the state, I have the right to bring women to this event and nothing anyone can do to stop me.”

The argument and physical combat between the duo of Dr Edet with her women ensued as they wanted to occupy the canopy reserved for Ini women, which were duly led by Mrs Idaisin at the time the First Lady arrived at the venue of the event.

During the march past, the dean of Commissioners again left her exalted seat on the podium and insisted that her women to were in the line to match, an action which again was opposed by the Commissioner for Women affairs, the commotion at that point attracted the attention of her Excellency, who had to send for Glory Edet to return to her seat.

She flouted the orders of the first lady through Senator Akon Eyakenyi, insisting that her women must partake in the march past.

The women were withstood by those who came with the Chairman’s wife.

In her effort to further calm nerves, the First Lady asked the Deputy Speaker of the State House of Assembly, Rt. Hon. Felicia Bassey to approach Dr. Edet to jettison her effort to showcase her women since the wife of her chairman was on ground as directed by her office but Edet insisted that she was in charge and unstoppable.

Dr Edet’s refusal to oblige with the First Lady’s directive led to a fight between the women that she brought and the Ini women who came with Mrs Edith Idaisin.

The security details attached to Dr Edet engaged in a serious fight with those who came with the wife of Chairman of Ini and at that point, Government House security details were drafted in and together with “Only God” Security team, they were able to send them out of the venue on the orders of Her Excellency, Dr Martha Udom Emmanuel.

Dr Edet who made a different feeding arrangement for the women that she brought, approached the podium and made an attempt to return to her seat, but was rebuffed by Her Excellency, who was so angry and shouted angrily on her not to near the podium but should be taken away by the security details.

This was carried out to the letter as she was dragged away and molested by the security team.

The First Lady who felt highly embarrassed left the venue mid-way into the event which had to end due to the insults from Dr Glory Edet to Her Excellency.

A source from the Government House who pleaded anonymity confided in THEWILL that Dr Edet has made it part of her habit to be insulting the First Lady.