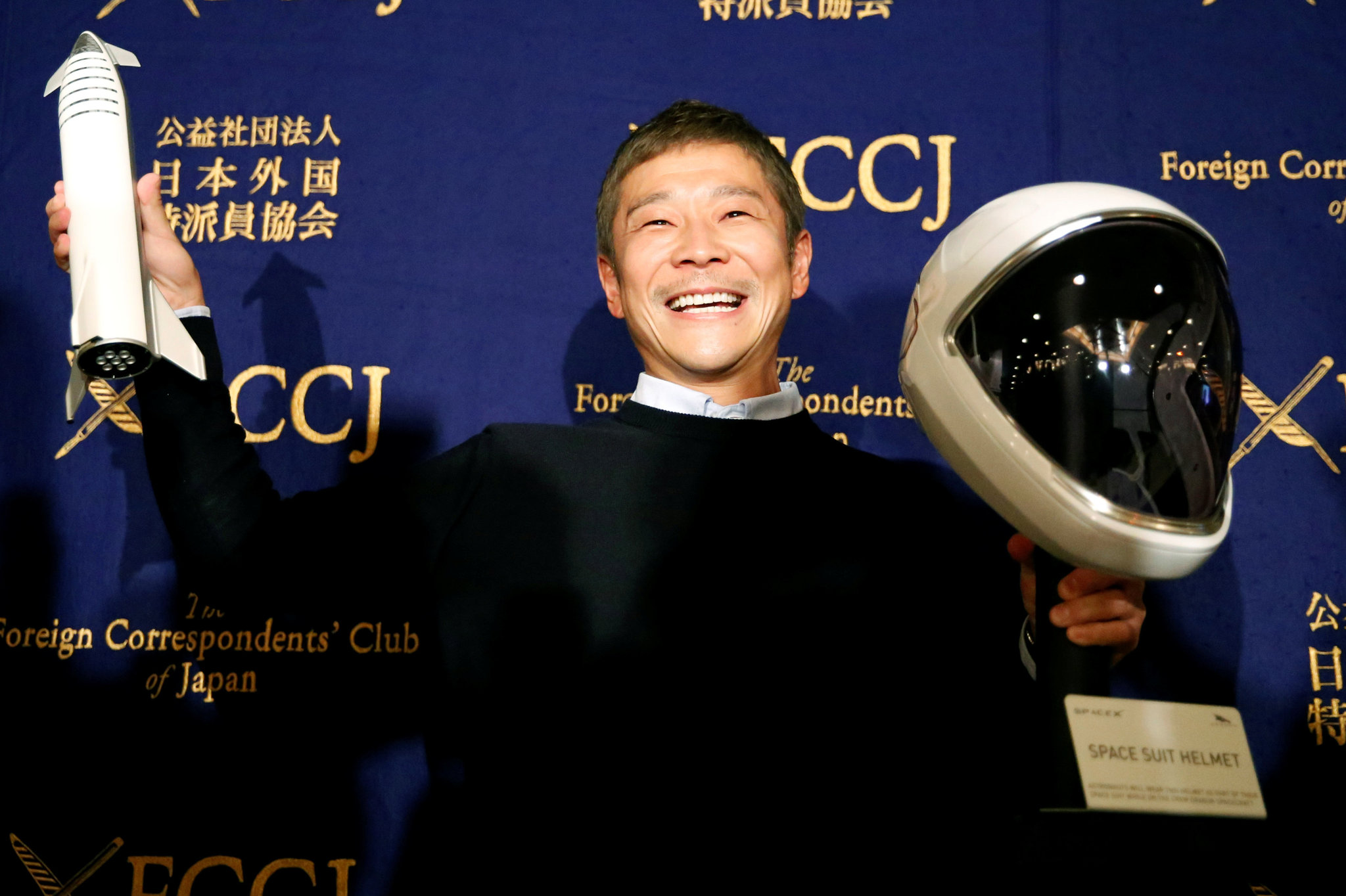 Japanese billionaire Yusaku Maezawa following split from ex is looking for a female “life partner” to accompany him on Space X’s maiden tourist voyage to the Moon.

The fashion mogul, 44, is set to be the first civilian passenger to fly around the moon on the Starship rocket.

Planned for 2023, the mission will be the first lunar journey by humans since 1972.

In an online appeal, Mr Maezawa says he wants to share the experience with a “special” woman.

The entrepreneur, who recently split up from actress girlfriend Ayame Goriki, 27, has asked women to apply for a “planned match-making event” on his website.

“As feelings of loneliness and emptiness slowly begin to surge upon me, there’s one thing that I think about: Continuing to love one woman,” Mr Maezawa wrote on the website.

“I want to find a ‘life partner’,” Mr Maezawa added. “With that future partner of mine, I want to shout our love and world peace from outer space.”

Written in a dating profile-style, the conditions say applicants must be single, over the age of 20, always positive and have an interest in going to space.

The deadline for applications is 17 January and a final decision on Mr Maezawa’s partner will be made at the end of March.

An eccentric who garnered fame as a drummer in a hardcore punk band, Mr Maezawa has form for attention-grabbing stunts.

Founder of Japanese online clothing retailer Zozo Inc, Mr Maezawa made his fortune in the fashion world. He is believed to have a personal wealth of close to $3bn, a lot of which he spends on art.

Related Topics:JapanSpaceXYusaku Maezawa
Up Next