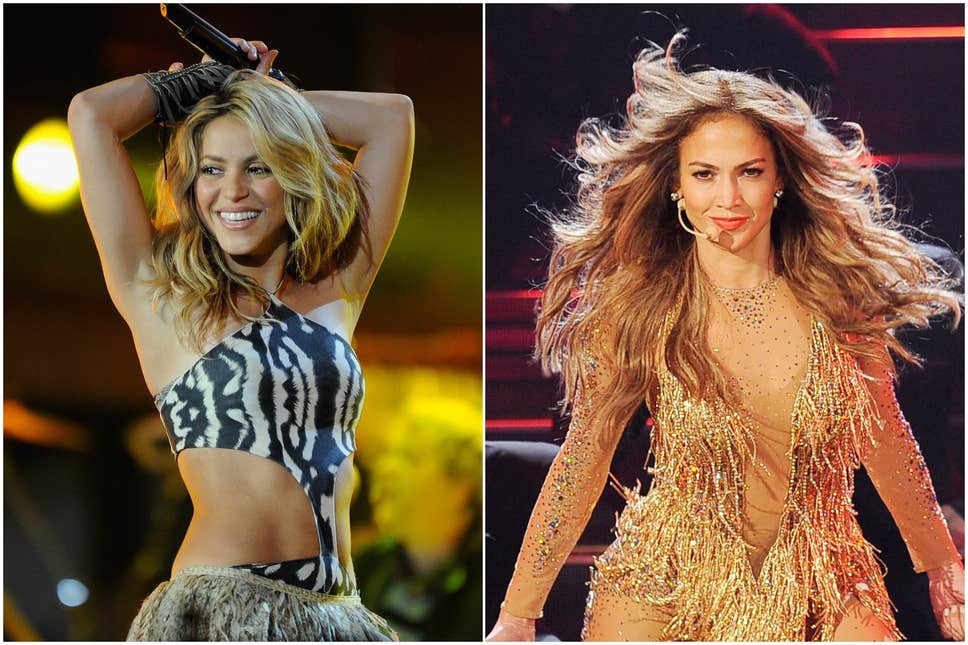 Jennifer Lopez and Shakira will share the stage for the first time during next year’s Super Bowl half-time show.

The singers will perform at the Hard Rock Stadium in Miami Gardens on February 2, 2020 during the 54th Super Bowl.

Announcing the news on Instagram, Lopez, 50, promised that the pair were “going to set the world on [fire].”

In a statement she added: “Ever since I saw Diana Ross fly off into the sky at the Halftime Show, I dreamed of performing at the Super Bowl.

“And now it’s made even more special not only because it’s the NFL’s 100th anniversary, but also because I am performing with a fellow Latina. I can’t wait to show what us girls can do on the world’s biggest stage.”

She added that she felt “honoured” to perform “on one of the world’s biggest stages in the company of a fellow female artist to represent Latinos and Latinas from the U.S. and all over the world,” describing the opportunity as “a true American dream.”

Pepsi’s vice-president of marketing, Todd Kaplan, said “These two remarkable artists are setting a new precedent for what this show can become, and we’re confident that this will be an incredible performance for the ages,”.

The show will be co-produced by Jay-Z’s entertainment company Roc Nation and will air on Fox in the US.

Both Lopez and Shakira have recorded music in Spanish and English and have had considerable success in the pop and Latin charts throughout their careers.

Related Topics:ShakiraSuper Bowl
Up Next