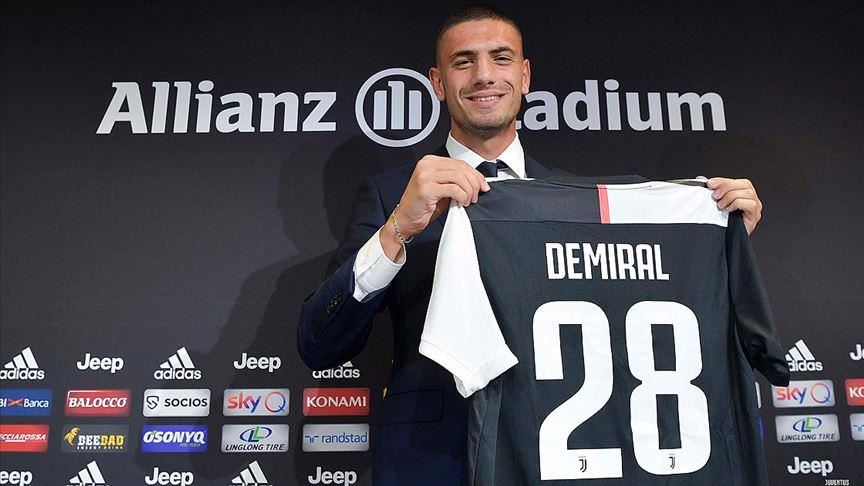 Serie A giants Juventus has presented their new signing Turkish defender Merih Demiral to reporters in a press conference at the club’s home stadium.

Merih Demiral during the press conference at Allianz Stadiumn said ”I’m very happy to be here. I know that Juventus is a very important team and for me it’s an honour to be here. I hope to adapt myself to the new environment here as soon as possible. It took a lot of effort for me to get here, but it’s all the result of the work I’ve put in.

The 21-year-old defender said he wanted to reach his best form as soon as possible with good players in Juventus’ defense positions where he also is to play.

Demiral became the first Turkish player to play for the Italian club.

The Turkish international stressed that his teammate, Turkish-origin German midfielder Emre Can helped him a lot to settle in, both on and off the pitch.

He added that he gained much experience while playing for his former Serie A club Sassuolo before joining Juventus.

Demiral joined Sassuolo from the Turkish club Alanyaspor in January 2019, scoring two goals in 14 games for the Italian team.

He signed a five-year contract with Juventus in July after his impressive performances for Sassuolo.